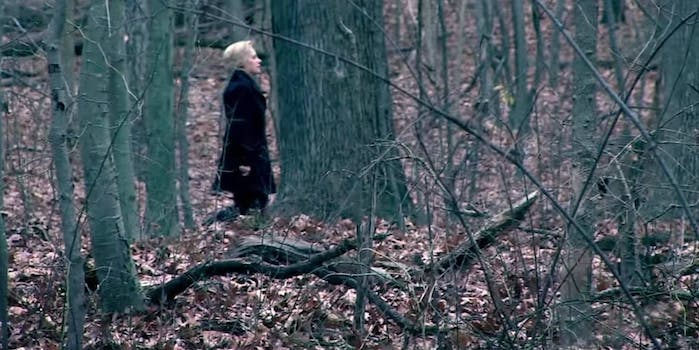 Did they ever find her?

Since Hillary Clinton lost her bid for the presidency, she’s been spotted casually near her Chappaqua, New York home, shopping for Thanksgiving and hiking in the woods.

Those chance encounters between the former Democratic nominee and random people living their lives in the real world led to this SNL sketch that turned the search for Clinton into a Finding Bigfoot-like TV show.

It’s called “The Hunt for Hil,” and it’s intense.

Poor Hillary. Why can’t all the well-wishers and thanks-givers just leave her alone?