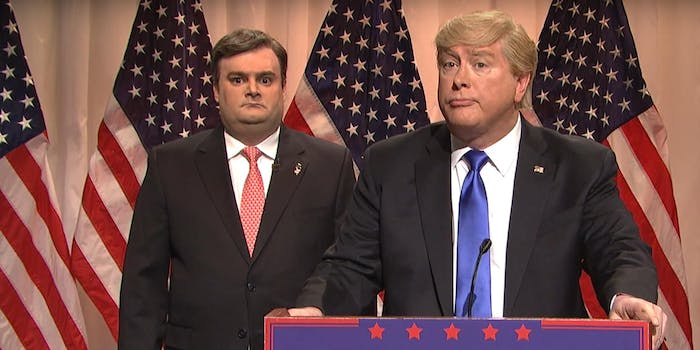 The election is so ridiculous that SNL could barely fit one week's drama into its opening segment.

Saturday Night Live‘s cold open this week proved that the presidential election now has way too many plot twists.

On the bright side, once this election cycle is over, chances are good that we’ll have four to eight years of Kate McKinnon‘s Clinton impression ahead of us. That’s something to look forward to, at least.