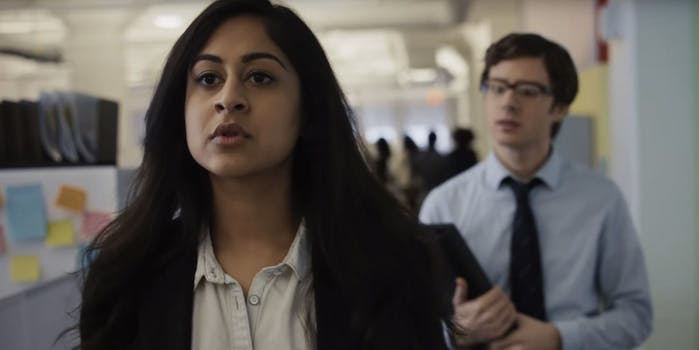 You have the right to remain silent... on Twitter.

It’s that kind of high-stakes drama that shapes Social Media Special-Ops, a new webseries from MTV (Other). The series deals with the world of social media crime while spoofing on the genre of law enforcement procedurals like Law & Order.

Cases range from recovering the missing cell phone of a social media star and solving the mystery of a dead man’s still-active fantasy sports team.

The series stars Anu Valia and Nate Fernald as the investigative partners Kelly and Spitzy, with muscle being produced by Mehran Khaghani as Bruno. They interrogate subjects who’ve been posting negative comments on videos, and discover the hidden dangers of Internet fame.

MTV (Other) has been on a roll releasing new content this summer, including The Untitled Web Series Morgan Evans Is Doing and topical vlog programs from YouTubers Laci Green and Franchesca Ramsey.

The three-part series of  is available now.