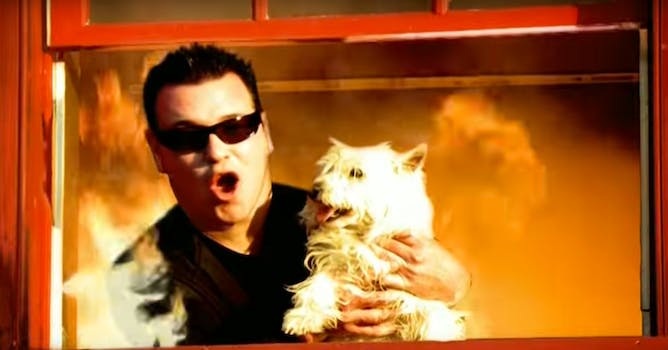 Smash Mouth called a cartoon made by an anime porn-loving Nazi ‘super cool!’

It started when the band noticed an innocent-seeming fan drawing that referenced their song “All Star” and embedded it into a tweet. In it, a girl holds “her finger and her thumb in the shape of an L on her forehead.”

“This is super cool!” the band tweeted. Seems normal enough.

Evidently, though, someone should have taken a peek at the artist’s other tweets. If they did, they might have stumbled across the drawing of Hillary Clinton and Jill Stein as naked children smoking weed. Or noticed that his bio is, “Every hole’s a goal” and his timeline is loaded with Nazi imagery.

Gizmodo describes the cartoonist, whose handle is @Shadbase, as “an artist who’s best known for drawing lolicon (meaning prepubescent women in sexualized scenarios) versions of popular characters from video games and politics.” So definitely not the G-rated moment the band thought they were having.

After the retweet, other people did click through to @Shadbase’s tweets and apparently gave the band a heads-up. Smash Mouth sent a followup tweet explaining they’d “just checked out his other ‘work'” and then deleted their original tweet.

“He may have issues. lol,” they concluded, before also deleting that tweet.

You’d think that might be the end of the story, but no. Their new tweet’s most-liked reply is from @Shadbase himself—and it’s more lyrics from “All Star”: