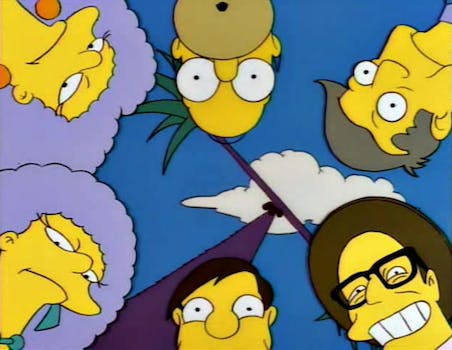 Tracking down “The Simpsons” movie references

This Tumblr pairs animated GIFs from The Simpsons with the specific film scenes the show is referencing.

The Simpsons has always been loaded with pop culture references—whether you picked up on them or not. (Just check this list of the 100 Greatest Simpsons Movie References.)

Here are a few of our favorite homages.