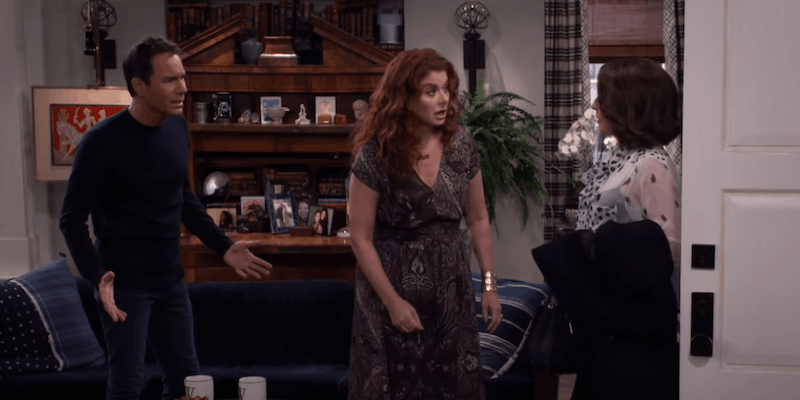 How to stream ‘Will & Grace’

Will & Grace was one of the only shows for LGBTQ comedy in the late ’90s, and it was sorely missed when it went off the air in 2006. Fortunately, it’s been revived on NBC. Here’s everything you need to watch Will & Grace online for free.

When it premiered back in the Clinton years, gay lawyer Will Truman (Eric McCormack) and his interior designer bestie Grace Adler (Debra Messing) stole hearts with their very special relationship. Along with the titular couple are their friends, the ever-inebriated Karen Walker (Megan Mullally) and the super sassy Jack McFarland (Sean Hayes). Together, they face the trials and tribulations of dating, marriage, and every manner of “alternative lifestyles.” It was ahead of its time and ended too soon. So naturally, it was revived in 2017, to thunderous acclaim.

What is Will & Grace?

How to stream Will & Grace

Will & Grace on Hulu with Live TV

Will & Grace on FuboTV

Will & Grace on Sling TV

Will & Grace on AT&T TV Now

How to catch up on Will & Grace episodes

If you’re looking for a place to catch up on older Will & Grace episodes, there are a couple solutions.

You can watch select episodes of Will & Grace on the NBC website. You don’t even have to use credentials from a cable or live TV streaming service. You’ll just have to sit through some ads. It’s a great option if you’re on a tight budget.