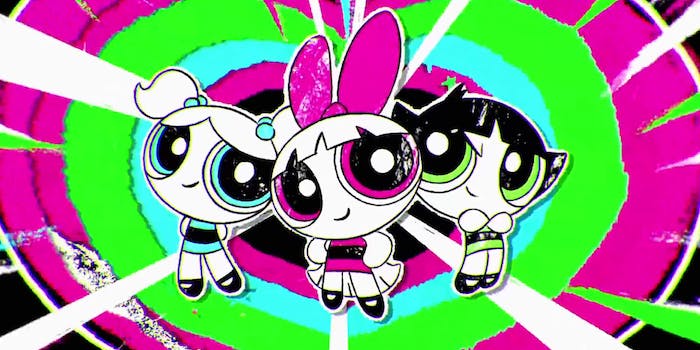 How to stream ‘The Powerpuff Girls’

Who's got the power?

Sugar. Spice. And everything nice. Professor Utonium was looking to make the perfect little girls with this tried and true recipe. But his naughty monkey Mojo bumped him into a vat of Chemical X, which turned these would be darlings into the city of Townsville’s greatest heroes. The Powerpuff Girls are the coolest pre-teen superheroes since…well, ever.

When they’re not trying to live a normal childhood, Blossom, Bubbles, and Buttercup can usually be found zipping through the skies and handing bad guys asses to them. And what a rogues gallery! A hyper-intelligent monkey. A spoiled heiress with a megalomaniacal streak as big as her bank account. And then there’s Him…and I’m not sure anyone is qualified to answer just what he is. And like any great superhero show, it’s as funny as it is action-packed.

Here’s everything you need to know to stream The Powerpuff Girls.

What is The Powerpuff Girls?

Originally created in 1998, the original Powerpuff Girls show ran from until 2005. It was revived in 2016 with an updated animated style and voice cast, though a handful of voice talent from the original program returned.

Where to stream The Powerpuff Girls

There are a number of ways to get access to Cartoon Network and stream The Powerpuff Girls and other Cartoon Network shows live. When trying to decide which one is best for you, you’ll want to weigh the cost, the other channels you’ll receive, and the compatible devices for streaming.

The Powerpuff Girls on Hulu with Live TV

Hulu Live TV sets you up with local channels and has a broad spectrum of entertainment and sports channels to review, including the full suite of ESPN channels, FX, HGTV, and even deep cuts like National Geographic and Syfy, and of course, Cartoon Network where you can stream hits like The Powerpuff Girls and The Powerpuff Girls.

The Powerpuff Girls on Sling TV

If you’re looking to stream The Powerpuff Girls, know that you can stream it on YouTube TV.