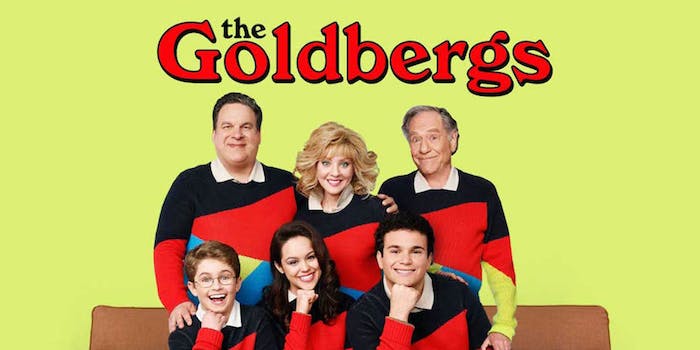 How to stream ‘The Goldbergs’

Where to stream The Goldbergs

Adam Goldberg may not be a name you recognize, but if you had a hearty laugh in the last decade, he was likely involved. The popular Hollywood writer’s greatest work is the animated autobiographical sitcome The Goldbergs.

The sitcom is based on Goldberg’s adolescence, growing up as a plucky nerd in Eastern Pennsylvania in the 1980s. Considering it was the ’80s, the show is lousy with synthesizers, NES cartridges, and everything from the clothes to the walls are Day-Glo. And just like the sitcoms of the era, The Goldbergs is a coming of age story chocked full of heart.

Here’s everything you need to know to stream The Goldbergs.

What is The Goldbergs?

How to stream The Goldbergs

The Goldbergs on Hulu with Live TV

The Goldbergs on Sling TV

The Goldbergs on Vidgo

The Goldbergs on FuboTV

The Goldbergs on AT&T TV Now