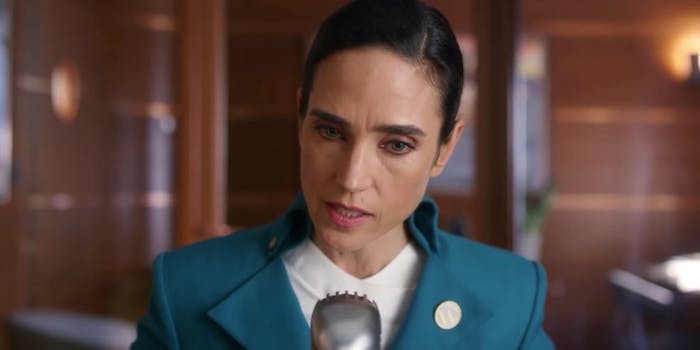 How to stream the ‘Snowpiercer’ TV show

Where to stream Snowpiercer

Bong Joong-ho is the king of class-conscious film making, and he’s got an Oscar to prove it. Before Parasite made him a household name, he thrilled audiences with dystopian action film Snowpiercer.

After the world falls into an ice age after a climate change fix goes horribly wrong, the remnants of society hop on a train that circumnavigates the snowy wasteland. Naturally, the class divides are as harsh as they were before perpetual winter hit. Those at the front of the train live lives of luxury and comfort, while those at the back struggle to survive. But how did it all begin? Snowpiercer the TV series is a prequel to the 2013 action hit and proves to be just as thrilling.

Here’s everything you need to know to stream Snowpiercer.

What is Snowpiercer TV show?

Snowpiercer is a post-apocalyptic movie directed by Bong Joon-Ho. In short, the last remnants of society are living in a train that circumnavigates the globe, keeping them safe from the below freezing temperatures outside. This series serves as a prequel to the movie.

How to stream Snowpiercer TV Show

TNT is available on a handful of the major live TV streaming services. When trying to decide which one is best for you, you’ll want to weigh the cost, the other channels you’ll receive, and the compatible devices for streaming.

Hulu Live TV sets you up with local channels and has a broad spectrum of entertainment and sports channels to review, including the full suite of ESPN channels, Cartoon Network, FX, HGTV, and even deep cuts like National Geographic and Syfy, and of course, TNT where you can stream Snowpiercer and Claws

If you’re looking for TNT, know that you can stream it on YouTube TV.