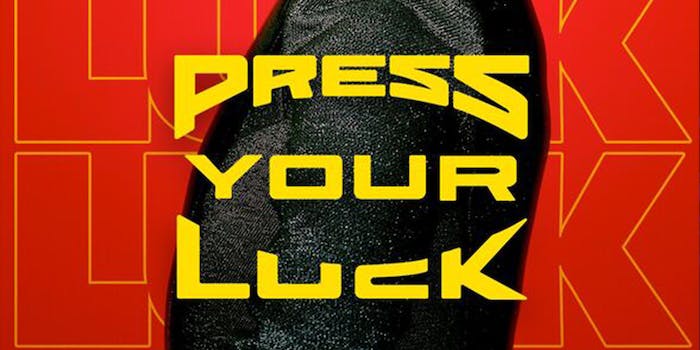 How to stream ‘Press Your Luck’

In game show history, there is no villain quite as nasty as the Whammy. It literally eats money. And it doesn’t just eat money, it does it in a cute way that occasionally delights audiences. But that’s the danger that comes anytime you dare to Press Your Luck.

Since 1983, the show has existed in a few different iterations but the concept remains the same. Contestants answer trivia to earn a chance to take a go at the Big Board, where a randomized selection screen alternates between dollar amounts and of course, the furry red villains mentioned above. Once you’ve been Whammied four times, it’s game over.

Here’s everything you need to know to stream Press Your Luck.

What is Press Your Luck?

The original game show bearing the name Press Your Luck premiered in 1983 and ran through 1986. Whammy! The All-New Press Your Luck was a brief revival of the program on Game Show Network that ran from 2002-2003. The ABC revival hosted by Elizabeth Banks premiered in June of 2019.

There are no reviews yet for this program.

How to stream Press Your Luck

Hulu Live TV is one of the most popular ways to stream ABC, given the service is owned by Disney. It’s a great option for all live TV, but you also gain access to a massive library of on-demand content including classic and current TV shows, movies, not to mention Hulu’s original programming. As far as live-streaming goes, you’ll have a ton of local, entertainment, and sports channels to flip through, including HGTV, a full suite of ESPN channels, Cartoon Network, FX, and even deep cuts like Nat Geographic and Syfy, and of course, ABC, where you can stream Press Your Luck.

Press Your Luck on Sling TV

Sling offers two cable packages, Sling Orange and Sling Blue, each of which cost $30 per month. If you grab them both (Sling Orange + Blue) you can save $15 per month. To be clear, ABC is not normally available on Sling, but through the magic of AirTV, you can get all your local channels in a system that plays nice with Sling. A complete AirTV set up will allow you to get all your local channels and free you up to choose Sling—if a lack of ABC is what’s holding you back.

Press Your Luck on Vidgo