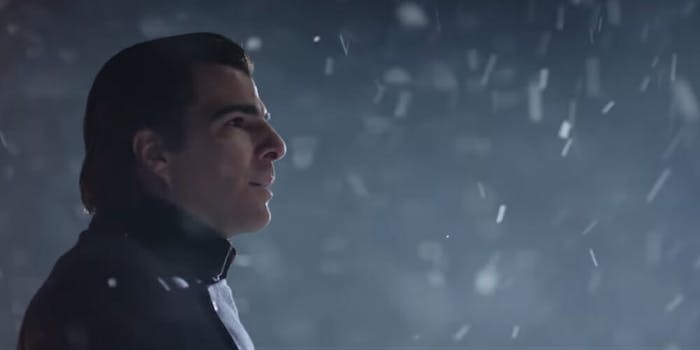 How to watch ‘NOS4A2’ for free

NOS4A2 (pronounced Nosferatu) is a modern reimagining of a classic horror tale almost as old as moving pictures themselves. Luckily, this new AMC horror show is a “talkie.”

Based on the novel of the same name by Joe Hill, NOS4A2 is a supernatural horror drama starring Zachary Quinto, who rides the line of creepy and charming better than any actor alive. Quinto portrays Charlie Manx, a supernatural killer who feeds off the souls of children, before depositing them in the hellish village of “Christmasland,” where unhappiness is against the law. By the way, this holiday dystopia exists solely inside his mind.

Unfortunately for this ghoul, Victoria McQueen, a working-class artist is carrying some supernatural powers of her own. In this case, the very specific ability to track Manx before he strikes again. McQueen must fight to not only put an end to the Christmas-crazy soul-devourer but keep herself sane in the process, not to mention avoid falling prey herself.

Here’s how to watch NOS4A2 online for free.

Where to stream NOS4A2

There are a number of ways to get access to AMC and stream NOS4A2 and other AMC shows live. It’s also available on horror content streaming service Shudder.

How to watch NOS4A2 online for free