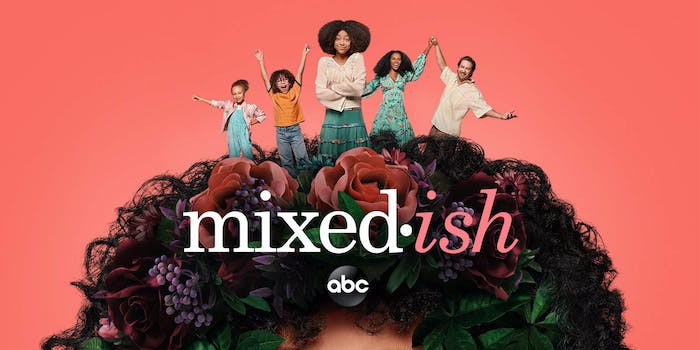 How to stream ‘Mixed-Ish’

We’re officially two decades into the new century, but nothing hits quite like a sitcom set in the 1980s. Mixed-Ish is the most hilarious origin story ever.

Before Rainbow Johnson fell in love with Andre, settled down, had kids, and became an anesthesiologist, she was a plucky and creative teen growing up in the neon bright ’80s. Mixed-Ish chronicles the trials, tribulations, and occasionally hilarious experiences growing up in a mixed-race family. The family must choose whether they are going to fully assimilate to suburban life, or cling to their recent hippie past from commune life.

Here’s everything you need to stream Mixed-Ish.

How to stream Mixed-Ish

Mixed-Ish on Hulu with Live TV