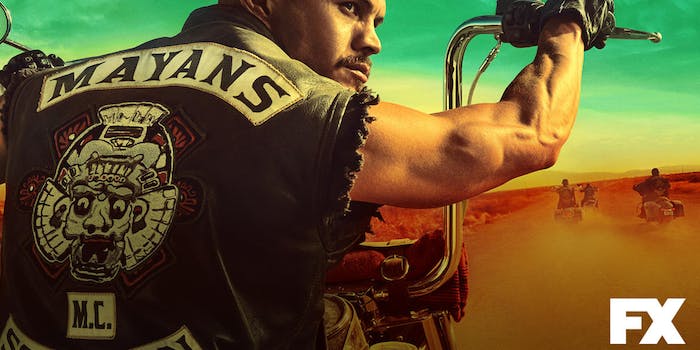 How to stream ‘Mayans M.C.’

EZ Reyes is out for vengeance.

Two years after the conclusion of Sons of Anarchy, the Mayans Motorcycle Club prospect Ezekiel “EZ” Reyes struggles to keep the balance of power in the fictional border town of Santo Padre. He’s gifted, but he’s still picking up the pieces after tragedy struck his family. His American dream came to a close when cartels took his family down.

In typical Kurt Sutter fashion, an anti-hero will rise from the ashes. EZ’s need for vengeance drives him toward a seedy underbelly. And because of his talents, he is thriving. But will he be able to pull back once his mission is completed? Unlikely.

Here’s everything you need to know to stream Mayans M.C.

Where to watch Mayans M.C.

Mayans M.C. is available to stream on all services that have FX. The most popular option is Hulu, where you can watch the documentary for free when you sign up to try their ad-free service for 30 days.