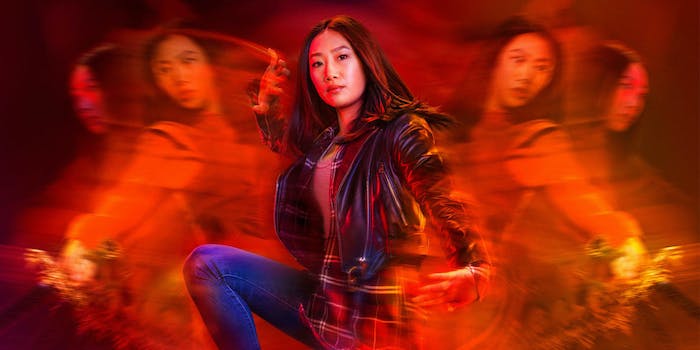 How to stream ‘Kung Fu’

Nicky Shen is out for vengeance.

The 1970s was full of shows and movies featuring heroic drifters. Chief among them was Kung Fu, starring the legendary David Carradine. Like Walker, Texas Ranger before it, Kung Fu will be getting a modern day remake on the CW.

This reimagining stars Olivia Liang as Nicky Shen, a Chinese-American college dropout, who spends a year in a monastery in China. She returns to her hometown of San Francisco and finds it much changed.

Facing this new threat of crime, Shen decides to take matters into her own hands. While juggling her relationship with her estranged family, she’s out for vengeance. Shen is taking on the corruption and crime dealt out by the Triad, fist first.

Here’s everything you need to stream Kung Fu.

What is Kung Fu?

“Representation matters, so the existence of an almost all-Asian cast on a broadcast network series is a welcome development even as the show’s format and themes feel overly familiar.” –Rob Owen, Pittsburgh Tribune-Review

How to stream Kung Fu

FuboTV started as a streaming service geared toward sports fans, but it’s evolved into a broadly appealing option with entertainment and news options alongside its robust sports choices. Depending on the package, you can access as many as 181 FuboTV channels. If you’re looking to be entertained, Bravo, IFC, MTV, and VH1 are options even at Fubo’s most basic tier. The Fubo channel list still includes plenty of sports, including the Fubo Sports Network, which has original programming mixing sports and humor. The FuboTV cost starts at $54.99 a month, and with Disney Media favorites like ABC, ESPN, and the Disney Channel coming on board in 2020, some who were on the fence about Fubo are giving it another look.