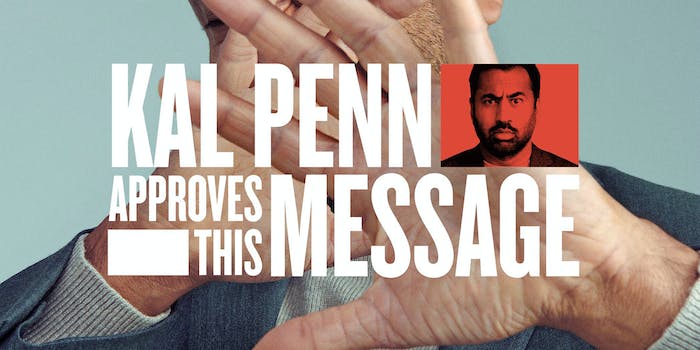 How to stream ‘Kal Penn Approves This Message’

A look at the major issues at stake in the election.

Harold and Kumar star Kal Penn is no stranger to politics. In fact, he served as the Associate Director of the White House Office of Public Engagement during the Obama years. Now, he’s looking to drop some serious politics knowledge just in time for the election with Kal Penn Approves This Message.

The six part mini-series runs every Tuesday ahead of the 2020 presidential election, and will cover primers on everything at stake. Topics include education, judges, healthcare, environment, empowerment, and of course, democracy.

Here’s everything you need to know to stream Kal Penn Approves This Message.

What is Kal Penn Approves This Message?

How to stream Kal Penn Approves This Message

Freeform is available on a few of the major live TV streaming services. When trying to decide which one is best for you, you’ll want to weigh the cost, the other channels you’ll receive, and the compatible devices for streaming.

Kal Penn Approves This Message on Hulu with Live TV

Vidgo offers a package for under $40 a month that pulls together more than 60 English-language channels into its National English Package. Vidgo channels include ABC, Fox, the ESPN family of channels (including ESPN Deportes), and it’s one of the few streaming services that carries BeIN Sports. But it’s like Fubo in that, even though it started out for streaming sports, it carries a lot more now. You might be surprised to know that Vidgo’s an option to stream Freeform—and then you chat about it online via Vidgo’s Social TV platform.

If you’re already looking to AT&T for your wireless needs, you might consider AT&T TV Now to cover streaming for you. AT&T TV Now channels start with Plus and Max, which even include HBO. Then, AT&T plans expand from there, approaching cable selection and pricing with AT&T TV Now’s biggest packages. AT&T streaming also comes with Cloud DVR, letting you record up to 20 hours of TV per month. If you’re looking for Freeform, get in at the AT&T TV Now Plus tier to stream it.

If you’re looking for Kal Penn Approves This Message, know that you can stream it on YouTube TV.