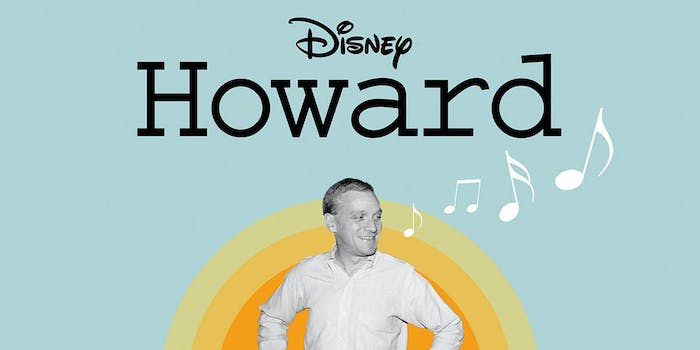 How to stream ‘Howard’

The man behind the music.

Disney movies wouldn’t have half of their magic without their soundtracks, packed with classic songs like “Friend Like Me” and Be Our Guest.” The man behind these tunes is Disney legend Howard Ashman, and this his his story.

Howard is the untold story of the brilliant lyricist behind some of Disney’s best songs. Who can forget “Darling it’s better, down where it’s wetter, take it from me?” Or “You can smell every spice, while you haggle the price, of the silks and the satin shawls?” Aladdin, Beauty and the Beast, The Little Mermaid, and even Little Shop of Horrors combined soundtracks wouldn’t be half as catchy without Ashman. Plus, the documentary paying tribute to the man will offer a never before seen perspective into his life. This includes of course his tragic, untimely death in the early ’90s.

Here’s everything you need to know to stream Howard.

Howard is a documentary about lyricist Howard Ashman. He is perhaps best known for writing lyrics on popular Disney soundtracks including The Little Mermaid, The Beauty and The Beast, and for writing the book and lyrics of Little Shop of Horrors. He was a frequent collaborator with composer Alan Menken.

How to stream Howard

The only place to stream Howard is Disney+. Disney+ offers one of the most beloved libraries of streaming content online. Namely, 500 Walt Disney Studios movies and 7,000 episodes of Walt Disney Television. It also includes selections from Pixar, Marvel, Star Wars, and National Geographic, all being members of the Disney family, as well as 30 seasons of The Simpsons. Plus, like any streaming service worth its salt, there are exclusive original productions including Lady and the Tramp, Wandvision, Monsters at Work, and The Mandalorian. One subscription works on up to four devices, and you can even download content directly to your device to watch anytime.