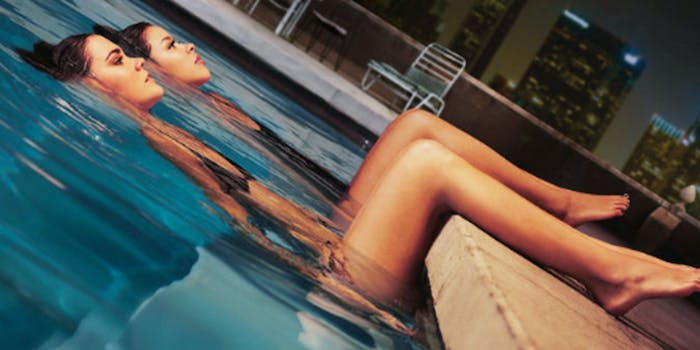 How to stream ‘Good Trouble’

Sometimes, the bond between sisters runs far deeper than simple biology. Callie Adams Foster and Mariana Adams Foster come from a pretty unconventional family but together, they might have exactly what it takes to survive the mean streets of Los Angeles.

In this spinoff of the Freeform hit The Fosters, Callie and Mariana have left the nest of their cozy San Diego home to begin the next big phase of their lives, mainly the workforce. Callie is a law clerk for a stuffy conservative Judge Wilson, while recent MIT graduate Mariana spends her working hours as a software engineer. Soon, both become pretty disillusioned, Callie with the broken justice system, and Mariana with the male-dominated tech world. When they’re not clocking in their 9-to-5, they’re kicking back at home, in this case, the communal apartment building The Coterie. The duo must navigate their young adult lives while interacting with neighbors, bosses, and every other weirdo the City of Angels attracts.

Here’s everything you need to stream Good Trouble.

What is Good Trouble?

Where to stream Good Trouble

Freeform is available on a handful of the major live TV streaming services. When trying to decide which one is best for you, you’ll want to weigh the cost, the other channels you’ll receive, and the compatible devices for streaming.

Vidgo offers a package for under $40 a month that pulls together more than 60 English-language channels into its National English Package. Vidgo channels include ABC, Fox, the ESPN family of channels (including ESPN Deportes), and it’s one of the few streaming services that carries BeIN Sports. But it’s like Fubo in that, even though it started out for streaming sports, it carries a lot more now. You might be surprised to know that Vidgo’s an option to stream Good Trouble—and then you chat about it online via Vidgo’s Social TV platform.

If you’re already looking to AT&T for your wireless needs, you might consider AT&T TV Now to cover streaming for you. AT&T TV Now channels start with Plus and Max, which even include HBO. Then, AT&T plans expand from there, approaching cable selection and pricing with AT&T TV Now’s biggest packages. AT&T streaming also comes with Cloud DVR, letting you record up to 20 hours of TV per month. If you’re looking to stream Good Trouble, get in at the AT&T TV Now Plus tier to stream it.

If you’re looking to stream Good Trouble, know that you can stream it on YouTube TV.