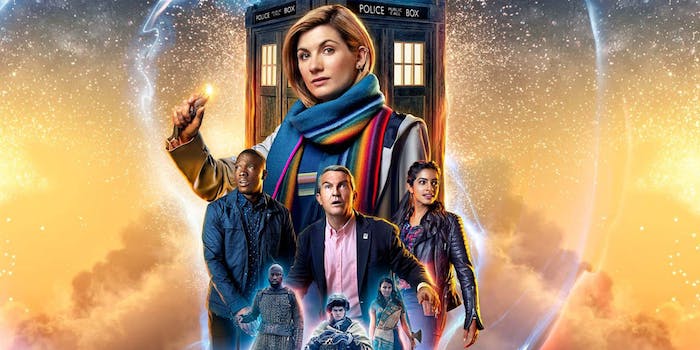 How to stream ‘Doctor Who’

The possibilities for adventure are (literally) limitless.

Before Captain Kirk’s crew explored new life across galaxies, before Darth Vader made planets dust beneath the heels of his boots, the sci-fi genre was the domain of an extraterrestrial being by the name Doctor Who. Traveling through space-time in a TARDIS (which looks very much like British police box), the Doctor and his (and recently, her) companion prevent the forces of evil from preying on the innocent, or worse, screwing up important events through history.

There’s so much Doctor Who, there are 97 episodes unaccounted for. I guess the BBC didn’t really do cataloging in the ’60s, oh well. Fortunately, the revived era was received by fans old and young alike, and still going strong. And what better place to watch it than on our space-age streaming devices?

Here’s everything you need to know to watch Doctor Who online.

What is Doctor Who?

How to stream Doctor Who

Doctor Who on Philo

Philo is a budget-minded streaming service, and depending on what channels you want, it might be right for you. The 59 Philo channels lean decidedly toward entertainment; the Philo channel list includes AMC, Discovery, IFC, Lifetime, and the Paramount Network, all for $20 a month. If you’re a fan of Doctor Who, you’re in luck: You can find it on Philo. Philo also comes with free cloud DVR, but shows recorded are deleted after 30 days, so binge responsibly.

Doctor Who on Sling TV

If you’re looking for a streamlined, cost-effective streaming package, check out Sling TV. It offers two basic cable packages, Sling Orange and Sling Blue, each of which costs $30 per month. There’s also the third option of getting Sling Orange + Blue for just $45 per month. You’ll get more Sling TV channels by choosing Sling Blue, with its 40 channels including sports favorites like FS1 and NBCSN and cable mainstays like Food Network and Discovery Channel. But Sling Orange brings must-haves Disney Channel and ESPN as part of its package. To gain access to Doctor Who, you’ll either need Sling Orange, Sling Blue, or Sling Orange + Blue. Sling also has a number of add-ons, including robust international packages organized by languages all over the globe.

Doctor Who on FuboTV

To stream Doctor Who, you’ll want to dock in at the FuboTV Standard level.

If you’re looking for Doctor Who, know that you can stream it on YouTube TV.