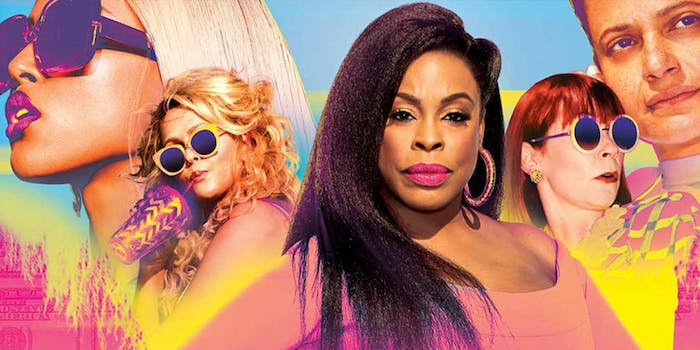 How to stream ‘Claws’

Where to stream Claws

The manicurists at the Nail Artisan salon in a small Florida county are hiding some serious secrets and spilling some hot tea.

Four of the manicurists don’t just pull off polished mani-pedis. They’ve dipped they toes into the seedy underbelly of organized crime, laundering money for a local pain clinic. The team is occasionally at each other’s throats, and each member is just as fierce as the last. Polly Marks is a pathological liar, burglar, and a professional con-artist whose loyalty knows no bounds. Annalise “Quiet Ann” Zayas’ origin story is built on tragedy and heartbreak, which makes her role as the pack’s muscle pretty apt. Virginia Loc is a former stripper who proved her dedication to do whatever it takes to serve the pack, even if it means actually having to perform manicures. The wolf mother who keeps the pack in check is Desna Simms, a nail salon owner determined to rise above her personal struggles to take care of her girls and her family.

Ever since they got involved with the central Florida underworld, there have been quite a few back-stabbings, heartbreaks, and even a few murders. Claws returns for its third season, with even higher stakes, as Desna and the pack juggle their tricky alliance with the Russian mafia.

Here’s everything you need to know to stream Claws.

The series was originally set to be a 30-minute half-hour comedy for HBO in 2016. The show was later re-tooled and premiered on TBS in June of 2017.

How to stream Claws

TNT is available on a few of the major live TV streaming services. When trying to decide which one is best for you, you’ll want to weigh the cost, the other channels you’ll receive, and the compatible devices for streaming.

Claws on Hulu with Live TV

Hulu Live TV sets you up with local channels and has a broad spectrum of entertainment and sports channels to review, including the full suite of ESPN channels, Cartoon Network, FX, HGTV, and even deep cuts like National Geographic and Syfy, and of course, TNT where you can stream Snowpiercer and Claws.

If you’re looking to stream Claws, know that you can stream it on YouTube TV.