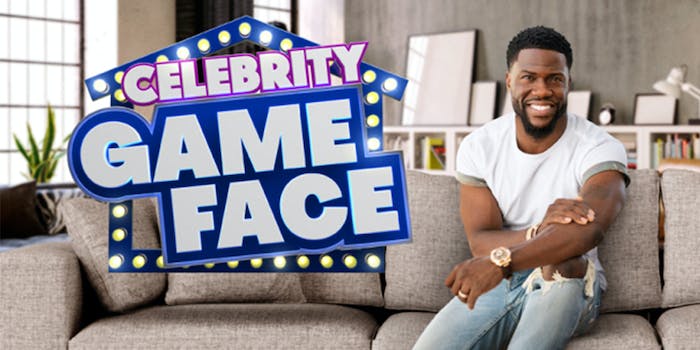 How to stream ‘Celebrity Game Face’

An all-star face off.

Many friends and families have turned to games like Jackbox to keep FaceTime hangouts upbeat and fun. And because celebs are “just like us,” they too will be getting their game on with Celebrity Game Face.

This shot-from-home charity special hosted by comedian Kevin Hart and his wife Eniko, the game will feature three celebrity couples including Terry and Rebecca Crews, Sarah Hyland and her fiancé Wells Adams, and Joel and Sarah McHale. These couples will square off in games that include doing dance moves, feeding each other (with a messy twist), race through their homes, and solve various riddles.

Winners will come away with the “Hart of a Champion” trophy which is a gold statue of baby Kevin Hart. Has there ever been a more coveted prize in gameshow history? Plus, the whole show is a fun way to raise money for charity, so you can feel good about staying up to stream it.

Here’s everything you need to know to stream Celebrity Game Face.

What is Celebrity Game Face?

This special event is hosted and executive produced by Kevin Hart, and will air on E!.

There are no reviews yet for this program. They will be added as they become available.

How to stream Celebrity Game Face