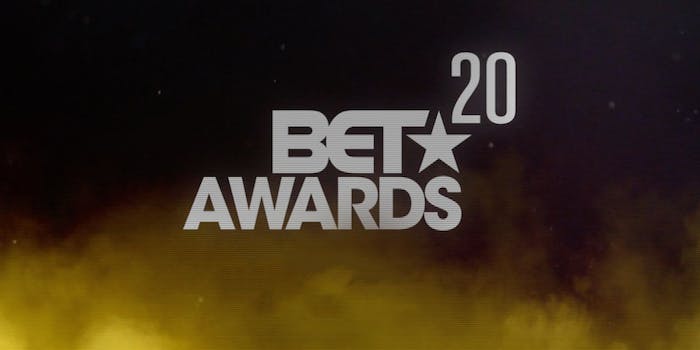 How to stream the BET Awards

Too big to be canceled.

The time has come once again to celebrate Black brilliance in culture, music with the 2020 BET Awards. Yes, the COVID-19 pandemic has complicated things, but the show must and will go on.

This year marks the 20th consecutive year of the awards, but will also celebrate the 40th year since BET went live. Hosted by Amanda Seales, the awards may be the biggest yet, despite the circumstances. Superstar Drake garnered the most nominations, with H.E.R, DaBaby, Roddy Ricch, Beyoncè, Megan Thee Stallion, and Lizzo vying for the coveted Album of the Year Award. Plus, there’s plenty of live performances including Alicia Keys, Chloe X Halle, Lil Wayne, Masego, and LONR.

Here’s everything you need to know to stream the BET Awards.

What are the BET Awards?

Established in 2001, the awards celebrate excellence by African Americans and other minorities in the past year in the realm of culture, sports, acting, and music. The awards are presented live on BET each year. This year, the awards will also be simulcast on CBS.

How to stream BET Awards

Video of the Year

Video Director of the Year

Sportswoman of the Year

Sportsman of the Year