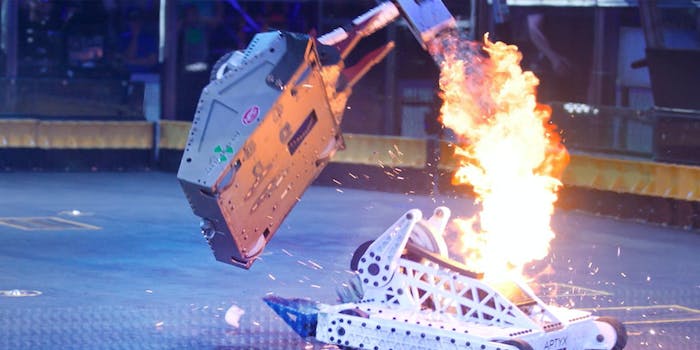 How to stream ‘Battlebots’

Electronics rule everything around us, from online algorithms to smartphones. But those robots are boring. But what if they could stun, maim, and destroy? Battlebots is back, and more metal-crunching than ever.

With every passing season, the gauntlet gets thrown down a little harder. This year, fan-favorite and former World Champion Ray Billings and his bot Tombstone will face off against Jack Barker’s End Game from New Zealand. And because bot builders come in all shapes and sizes, Battlebots will feature its youngest contestant yet, who clocks in at 11 years old.

Here’s everything you need to know to stream Battlebots.

How to stream Battlebots

Discovery is available on a few of the major live TV streaming services. When trying to decide which one is best for you, you’ll want to weigh the cost, the other channels you’ll receive, and the compatible devices for streaming.

Philo is a budget-minded streaming service, and depending on what channels you want, it might be right for you. The 59 Philo channels lean decidedly toward entertainment; the Philo channel list includes AMC, Discovery, IFC, Lifetime, and the Paramount Network, all for $20 a month. If you’re a fan of Discovery, you’re in luck: You can find it on Philo. Philo also comes with free cloud DVR, but shows recorded are deleted after 30 days, so binge responsibly.

Battlebots on Hulu with Live TV

To stream Battlebots, you’ll want to dock in at the FuboTV Standard level.

If you’re looking to stream Battlebots, know that you can stream it on YouTube TV.