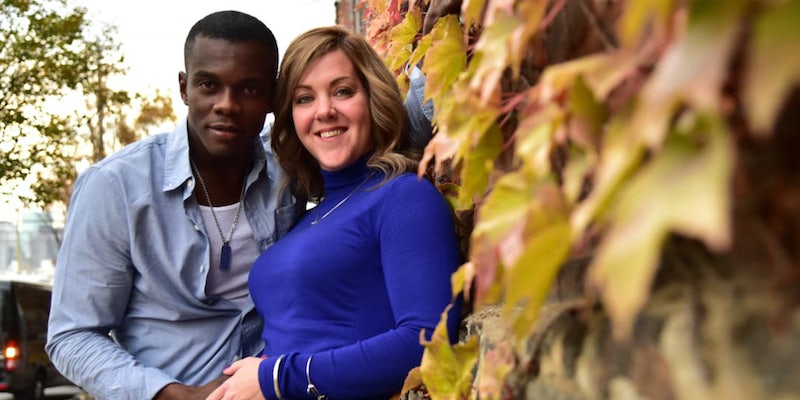 Where to Stream TLC

Among the many marriage-based reality shows, 90 Day Fiance is easily the most…bureaucratic. The program follows couples who have applied for K-1 visas, which are available to foreign fiances of American citizens. These provisional visas allow anyone to stay in the country for 90 days before they expire and the foreign half of the couple either pledges eternal love before a judge or goes back home. Marriage seems like a likely recourse for couples who are in love, the typical applicants of the K-1 visa.

Of course, this is all easier said than done. In some cases, foreign fiances experience culture shock in a land deluged by strip malls, SUVs, and Chik-Fil-A, not to mention the drama of skeptical family and friends. There’s also the stigma the visa carries as it’s widely thought of as the “mail-order bride visa,” despite the fact that this isn’t true in the majority of K-1 cases. 90 Day Fiance offers viewers a peek at the unique world of international dating, and the hope of love across all borders.

Here’s everything you need to know to stream 90 Day Fiance.

How to watch 90 Day Fiance

TLC is available on a handful of the major live TV streaming services. When trying to decide which one is best for you, you’ll want to weigh the cost, the other channels you’ll receive, and the compatible devices for streaming.

Hulu Live TV sets you up with local channels and has a broad spectrum of entertainment and sports channels to review, including the full suite of ESPN channels, Cartoon Network, FX, HGTV, and even deep cuts like National Geographic and Syfy, and of course, TLC, where you can stream 90 Day Fiance and Long Island Medium.

If you’re looking for a streamlined, cost-effective streaming package, check out Sling TV. It offers two basic cable packages, Sling Orange and Sling Blue, each of which costs $30 per month. There’s also the third option of getting Sling Orange + Blue for just $45 per month. You’ll get more Sling TV channels by choosing Sling Blue, with its 40 channels including sports favorites like FS1 and NBCSN and cable mainstays like Food Network and Discovery Channel. But Sling Orange brings must-haves Disney Channel and ESPN as part of its package. To gain access to TLC, you’ll either need Sling Blue or Sling Orange + Blue. Sling also has a number of add-ons, including robust international packages organized by languages all over the globe.

To stream 90 Day Fiance, you’ll want to dock in at the FuboTV Standard level.

Vidgo offers a package for under $40 a month that pulls together more than 60 English-language channels into its National English Package. Vidgo channels include ABC, Fox, the ESPN family of channels (including ESPN Deportes), and it’s one of the few streaming services that carries BeIN Sports. But it’s like Fubo in that, even though it started out for streaming sports, it carries a lot more now. You might be surprised to know that Vidgo’s an option to stream TLC—and then you chat about it online via Vidgo’s Social TV platform.

If you’re already looking to AT&T for your wireless needs, you might consider AT&T TV Now to cover streaming for you. AT&T TV Now channels start with Plus and Max, which even include HBO. Then, AT&T plans expand from there, approaching cable selection and pricing with AT&T TV Now’s biggest packages. AT&T streaming also comes with Cloud DVR, letting you record up to 20 hours of TV per month. If you’re looking for TLC, get in at the AT&T TV Now Entertainment tier to stream it.

If you’re looking for TLC, know that you can stream it on YouTube TV.