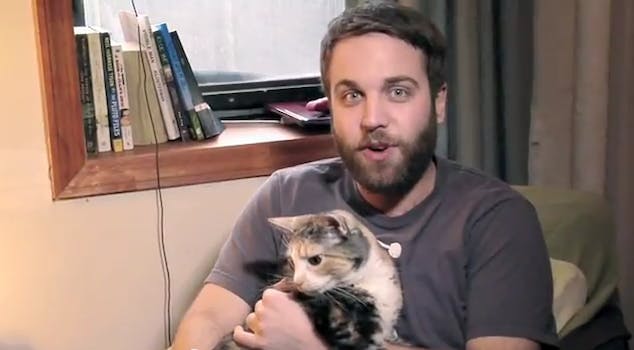 The inevitable “[email protected]#” video about Reddit is here

Whether you love, hate, or ignore Reddit, you'll have to watch this witty takedown of the social news site.

Really, we don’t want to see any more “Shit People Say” videos. That dead horse was beaten deep into the ground a few weeks ago after the first video, “Shit Girls Say,” took over the Internet for a day.

But we’re pretty sure the creators of the latest entry in the series—”Shit Redditors Say”—had just that reaction in mind.

The video mocks obnoxious trends in mainstream Reddit culture. And if there’s one things redditors know how to do, it’s beat a dead horse.

As one of the characters in the video says, “Beating a dead horse—Is that an advice animal or something?”

The video’s creators are the people behind The Redditor magazine, a user-run, unofficial project that highlights Reddit’s best content—but which, like the video, started as a joke at Reddit’s expense.

Film school graduates Ryan Laing and Blair Drager had made a sport of mocking Reddit’s more obnoxious cultural tics in the site’s comment threads. But that got old. So they decided their time would be better spent ignoring Reddit’s trash and instead collecting its treasure into a digital magazine. The magazine’s community recently hit 10,000 subscribers. Drager wrote on Reddit that the video is a kind of thank-you note to their fans.

As for the video, you’ll need to be a Reddit regular to get a lot of the jokes. There are references to Reddit celebrities like violentacrez (“He’s so edgy”) and andrewsmith1986 (“Who the hell is Andrew Smith?”); gratuitous cat references and puns; the word “bacon” repeated ad nauseam, like some sick cultish chant.

Even if you’re not a hardcore Reddit user, the video serves as a quick introduction to some of the site’s more inexplicable in-jokes.

“This makes me hate everyone on this website,” redditor frankieg101 wrote in the top-voted comment in the video’s thread at r/videos.

If that’s how you feel, Drager and Laing seem to be hinting, why not read their magazine, and find something about Reddit to love?