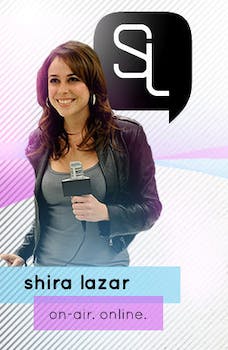 When a celebrity blogger's company tweets erroneously that the Apple chairman is dead, CBS cuts ties.

“What a fizzle head,” @pablo069eh tweeted as news of Lazar’s gaffe spread over the weekend.

CBS quickly distanced itself from Lazar, a 28-year-old Canadian actress who started producing the televised report and companion Web site in May. CBS noted that it had no newsgathering relationship with Lazar. The post was quickly removed but Lazar and CBS drew fire for her follow up post —  “Apologies — reports of Steve Job’s death completely unconfirmed. Live on.” — which many saw as being in poor taste.

“I think you might want to replace the almost blithe-sounding ‘Apologies’ with a more sincere-sounding ‘I apologize’ in order to come off as more contrite and mature,” Joan McCarthy posted in the comment thread of Lazar’s Facebook apology. “An ‘I am deeply sorry’ wouldn’t hurt either.”

“Important to be right, not just be 1st,” Amber Cleveland tweeted.

Not everyone, however, felt the journalism faux pas was a fireable offense. Others said they would miss the high profile CBS gave Lazar and her show. “She will be missed,” @ser9e tweeted.

Jobs has long been at the center of health rumors and has had an ongoing battle with pancreatic cancer. Last month he announced he was stepping down as CEO at the company, but would remain on as chairman.

Lazar — who describes herself as a “media empress”on her Twitter profile, later issued another apology from her personal account, saying “On behalf of all of us at @disruptgroup we sincerely apologize for the inaccuracy that was tweeted earlier today.-EP/ Host@WhatsTrending.

She did not, however, miss the inherent opportunity for self promotion, either. On Monday she sent out another post, promising Twitter followers “We will be discussing events of last week on show tomorrow. We don’t want to limit apology to 140 characters.”

There may well be an interesting back story: Fellow videoblogger Andrew Baron talked to Lazar and tweeted that neither she nor her producer were responsible for sending the tweet in question.