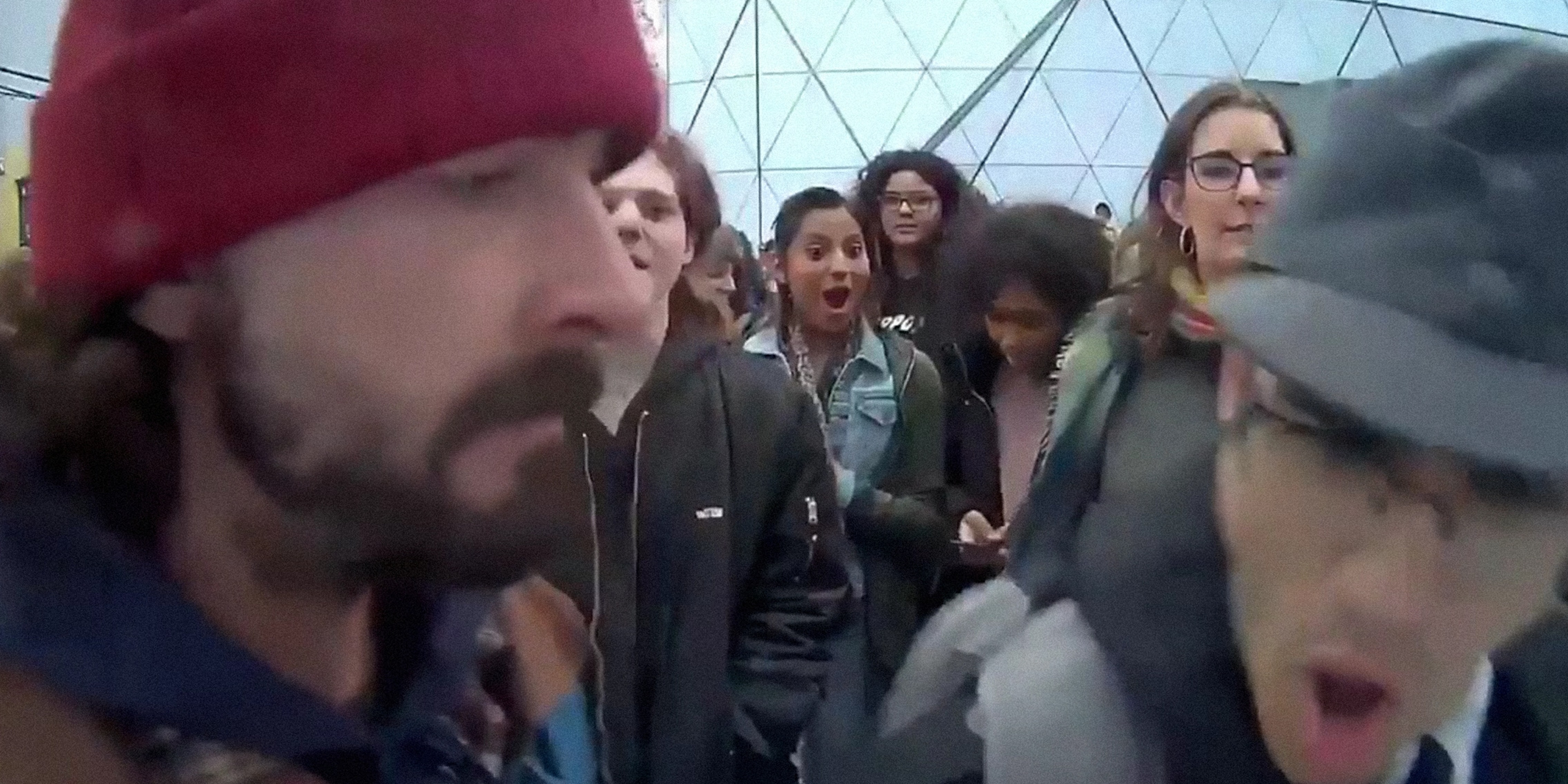 LaBeouf used his own performance art piece as a weapon against racism.

When a white supremacist showed up at Shia LaBeouf‘s new performance art show, LaBeouf used the artwork itself as a defensive weapon.

LaBeouf’s new work, HE WILL NOT DIVIDE US, is an ambitious response to the Trump presidency, created with his longtime collaborators Nastja Säde Rönkkö and Luke Turner. It began on inauguration day and invites members of the public to recite the mantra “He will not divide us” into a webcam, which livestreams day and night.

On Sunday, a white supremacist decided to contribute his own opinions to the webcam. LaBeouf responded by yelling “He will not divide us” in the guy’s face until he fled.

The scene was reminiscent of this viral video from 2015, when an anonymous man used similar tactics to drown out an anti-Semitic preacher in Boston. In this kind of situation, many people argue there is no point in attempting a reasoned debate, because that would imply neo-Nazi values are worthy of discussion. Hence the simple solution of making a lot of noise until they give up.

LaBeouf plans to continue HE WILL NOT DIVIDE US for the next four years, until the end of Donald Trump’s first term in office.