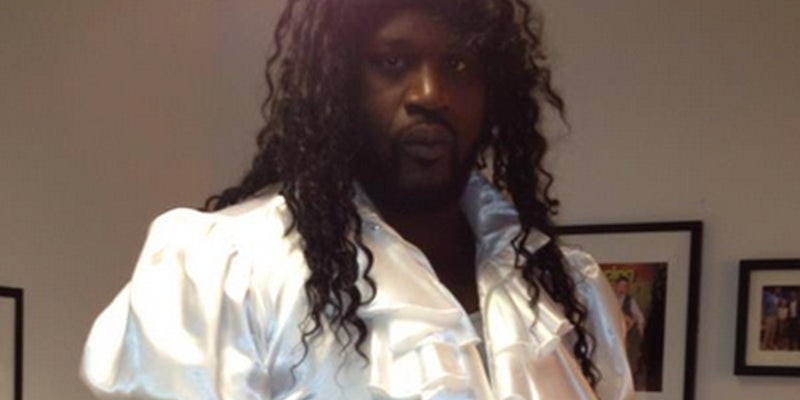 Everything that’s wrong with celebrity YouTube channels in 1 video

Just because Shaq’s got a camera doesn’t mean he should be on TV.

We say this about Big Aristotle because yesterday we caught second wind of the great NBA center’s ComedyShaq YouTube channel, which has been around for a year but just picked up the pace last month.

The channel features contributions from standup comedians like Gary Owen and David Spates, and it’s a novel gesture of goodwill from a man who’s long been heavy in the heart.

But sometimes Shaq decides to take over, and he releases some clip in which he’s calling out Michael Strahan for “talking garbage over there in New York.”

Those segments are pretty bad—like worse than anything Big Daddy Shaq did when he played for the Cavs.

At one point, Diesel sits in the back of a limo and freestyles with a 55-year-old rapper he just signed to his label. (“Comin’ to the stage right now: A. Samuels from the Brick City. And oh yeah, he’s white. And oh yeah, he’s 55.”)

It’s an unedited, unfiltered nightclub freestyle that has the hoops legend rapping nonsensical lines that all end with a word that rhymes with “coward.”

At the end of it, he raps “Don’t you ever call me ‘Dwight Howard.'”

Holy moly, ya hear that? Somebody get RZA on the phone quick!

Anyway, Shaq, this isn’t whatsoever cool. We’re all about transparency, but put it on a personal channel or something. You’ve got writers to handle your business here. You hired them for a reason. Let them work.

And remember: no one’s calling you Dwight Howard. You’re now into your eighth year running beef against a guy who did nothing to you but take your nickname and show you how to keep the weight off.

Lighten up. Let go of the beef. And go fix yourself a drink or something. You are in a night club, remember?