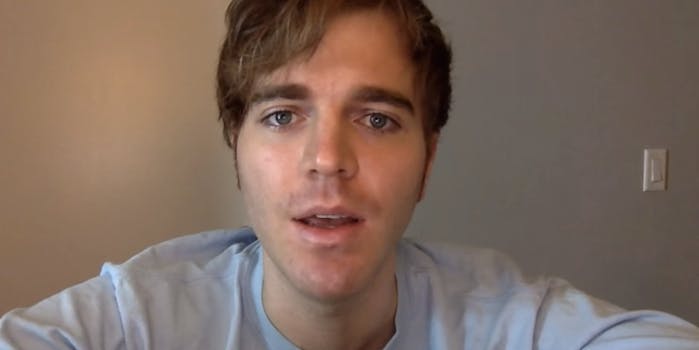 The digital star says he made a video for others who might be unsure of their identity.

Shane Dawson joins the growing list of YouTubers who’ve come out on the platform, publishing a 14-minute video today explaining that he’s bisexual.

Dawson has made video on YouTube since 2008 and has even branched out to making films like Not Cool in 2014, while continuing to engage with his 6.7 million fans. He says over the last year he’s been “extremely sexually confused.”

“This last year is when it really hit me,” he says in the video. “I always wished that I was gay, that I was 100 percent gay.”

Dawson goes on to talk about the stigma that comes with identifying as bisexual. He explains that, before doing this video, he’d only said that out loud once before—in therapy. The video details his struggles with self-hatred, with dating women and being attracted to both men and women. Dawson said he made this video because he hopes he can help others who, like him, don’t know who they are completely or don’t understand that there’s a sexual spectrum.

Several of his YouTube friends and fans have reacted to the news on social media.

I'm really scared but im ready and i hope this video helps people who feel the same. I'm Bisexual. https://t.co/zyLCl7V9bf

thank u guys for the support. i know "bisexual" is something that gets made fun of & its scary to talk about it but just know u arent alone.

i lost it when shane started crying

Dawson joins several other prominent YouTubers who came out in the past year, including Joey Graceffa, Ingrid Nilsen, and Connor Franta. Fans continue to react while “Shane” trends on Twitter.