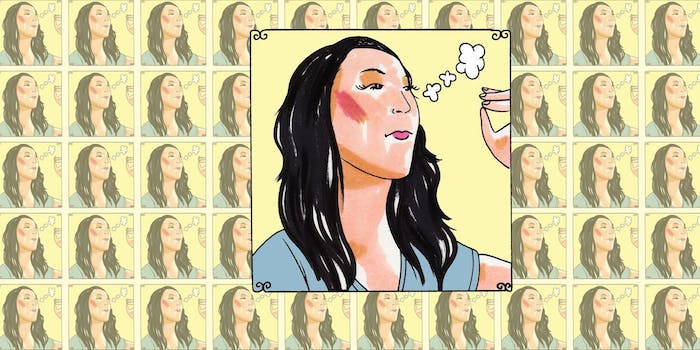 The quiet-loud-quiet formula has been the dynamic foundation of many a contemporary band, but Shana Falana might have perfected it.

Set Your Lightning Fire Free (Team Love), the new album from the Brooklyn duo of guitarist Falana and drummer Mike Amari, certainly feels touched by ’80s and ’90s shoegaze, heavy on reverb and amber waves of feedback. However, there’s a pulse in there. The blissful “Heavenstay” wraps necks with the heavy trudge of “Go” and 4AD strains of “Shine Thru.” So many new-gaze bands attempt to hide a lack of ideas behind a wall of sound, but Falana’s voice is its own muscled instrument, which keeps the music from falling into a reverb slump.

The Daily Dot has partnered with Daytrotter to highlight one session a week, which will be available to stream here exclusively. With this four-song session, Shana Falana experiments with loud-quiet-loud to great effect. Go ahead and dive in.