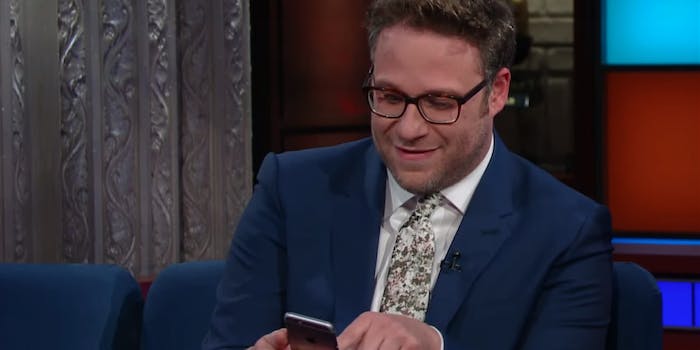 Seth Rogen messages Donald Trump Jr. to remind him about his dad

Trump and Harvey Weinstein have at least one thing in common.

Seth Rogen is no stranger to sliding into the direct messages of the president’s son. He’s done it before and he’ll do it again.

In fact, he slid head-first on Thursday morning to remind Donald Trump Jr. that his father is an alleged sexual predator who was caught on tape bragging about assaulting women, and has been accused by multiple women of assault. This was in response to DTJ using the horrific flood of Harvey Weinstein accusations as a political challenge to Hollywood’s liberal elite.

Sliding in to @DonaldJTrumpJr DMs to remind him his father is a sexual predator like: pic.twitter.com/a1vW3A4YCk

As of June, it doesn’t appear that DTJ has responded to Rogen’s DMs.

Hopefully Rogen got in touch with his mom.