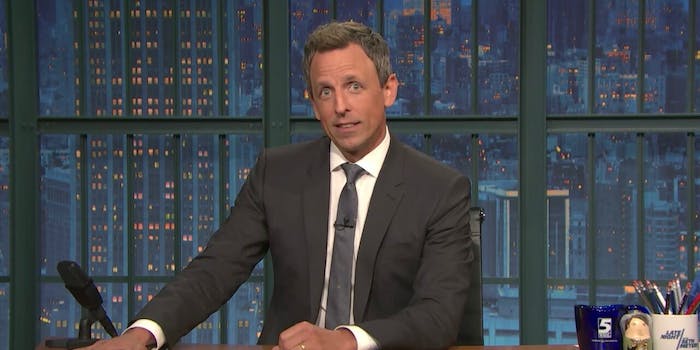 It's not because of Bernie.

Hillary Clinton’s book about the 2016 election doesn’t arrive in stores until next week, but a passage where she blamed Bernie Sanders for the rise of Donald Trump’s “Crooked Hillary” campaign upset Seth Meyers.

In a recurring segment called “Hey!,” Meyers pointed out the fact that Trump was probably going to call her names anyway because he’s an asshole. Sanders also had nothing to do with some of her campaign’s bigger flaws, Meyers says, and may have even made Clinton a better candidate.

And as he stated more than once, Clinton did beat Trump by more than 3 million votes (something that visibly bothered Trump enough that he launched an “election integrity” commission run by someone with a history of voter suppression). And if anything about the election was responsible for her loss, he noted, it was the archaic Electoral College that got Trump elected.