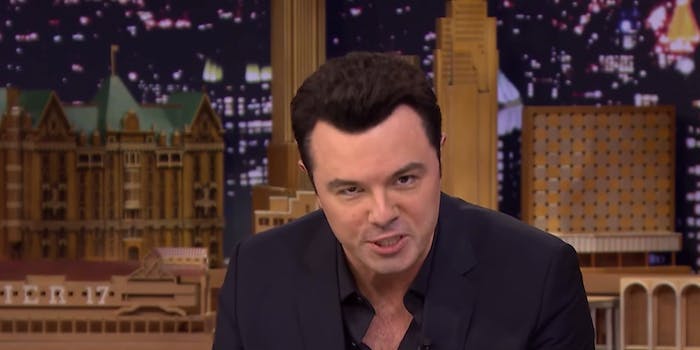 He has a very particular set of channels.

Seth MacFarlane’s impressions are usually on fire, but even he can surprise you with just how good they can be.

Like Christina Aguilera before him, MacFarlane showed off his chops with an old-fashioned game of impressions with Jimmy Fallon. Fallon and MacFarlane both have some keen impressions, but his take on Liam Neeson having a conversation as a Time Warner Cable employee easily takes the cake.

He will look for you, he will find you, and he will kill you—but you won’t be any closer to getting your cable fixed even if he does come to install it.