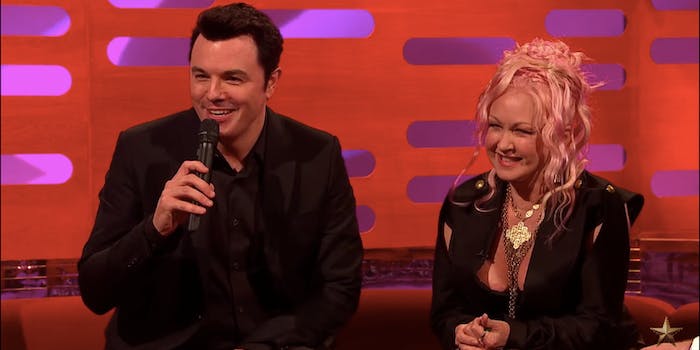 It's 'Time After Time' like you've never heard it before.

Family Guy by itself is great. Cyndi Lauper’s “Time After Time” is great. What happens when you put them together? Comedic genius.

While on The Graham Norton Show, Seth MacFarlane showed off the amazing singing abilities of Stewie and Peter Griffin. While channeling the Stewie voice, MacFarlane put an obnoxious spin on Lauper’s “Time After Time” while sitting next to her. Then he shifts into Peter’s voice for a stunning and nasal rendition of “True Colors.”

Photo via The Graham Norton Show/YouTube