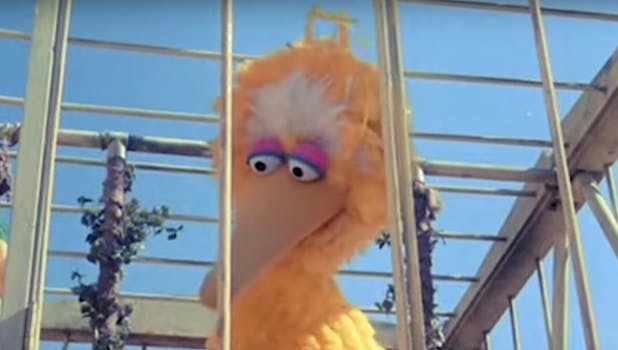 'Sabotage' still destroys, even with some law-ducking Muppets.

The Beastie Boys‘ “Sabotage” is 23 years old but it still holds up in the court of mashup. Just add some Muppets.

A new clip reimagines the group’s Spike Jonze-directed crime-action spoof with footage from Sesame Street, as Big Bird dodges nets, parades, and the Count. There are some Baby Driver-level car chases here.

Creator isthishowyougoviral, aka editor Adam Schleichkorn, knows his Muppets and Beasties: He did “So What’cha Want” in 2014.