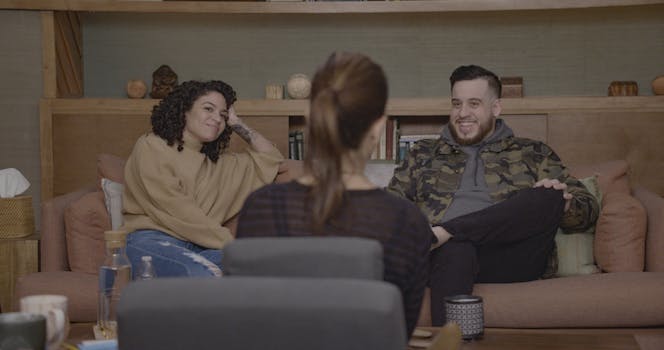 What’s new on Showtime for April 2021

Saying goodbye to Shameless, hello to Couples Therapy, and a blessing for Marge Gunderson with everything that's new on Showtime this April

The network has been a home for movies and new original shows since 1976. Best known for popular titles like Dexter, Weeds, and Queer as Folk, Showtime is still serving up some bold content.

It’s easy to forget which networks are worth your cash in the wake of the quarantine streaming service boom. Thankfully we’re here to help you keep track. From cutting edge documentaries to today’s best indie thrillers, here’s everything new on Showtime this April.

The cast and crew of Shameless have been making audiences feel enjoyably uncomfortable for a little over a decade. This month, the series will air its final episode.

Season 11 has been all about the Gallaghers dealing with COVID and its effect on their neighborhood. Can the clan stay together in gentrified south side Chicago? Will Fiona make an appearance? Where will we leave Frank?

We’ll have to watch to find out. Stream Showtime on April 11th and say goodbye to this beloved American trash-family.

Couples Therapy isn’t your typical reality show in that it really humanizes its subjects in vulnerable moments. The first season concluded with a 1-hour COVID Special in which clients and doctor alike are effected by the ubiquitous events of 2020.

Therapy is a binge-worthy look at the realities of going to therapy and navigating relationships. This Showtime new original series is the catharsis we all need right now.

VICE news is well known for its on-the-ground style of journalism. The original documentary series aired on HBO for six seasons before being cancelled, then picked up by Showtime.

This season, travel to Nigeria to learn more about police brutality, or take a deep dive into Trump’s foreign policy in Iran and Yemen. If you’re unimpressed by the detachment of regular nightly news, VICE is the reality-take for you.

City on a Hill

This new Showtime original show is a fictionalized telling of “The Boston Miracle”, a police initiative to clean up the city’s gun violence in the early 1990s. The series follows beloved (and crooked) FBI agent Jackie Rohr (Kevin Bacon). Together, he and ADA Decourcy Ward (Aldis Hodge) work to solve a series of robberies.

The second season focuses on a Roxbury housing project and the gang activity that threatens the community. Fans of gritty cop dramas will have an easy time binging the first season in preparation for season two.

This vintage classic is brand new on Showtime this April. In a dystopian future, police officer Alex Murphy is murdered in the streets Detroit. What remains of his body is used to create a cyborg— a robotic killing machine made by corporations to serve and protect themselves.

This ultra-gory 1987 flick is a pop-culture icon, poking fun at the capitalism-fueled Cold-War insecurity of its time. Do you love technological sci-fi, heavy action, and loads of campy violence? Robocop is the satyrical masterpiece for you.

The Hole in the Ground

Sarah moves into an old house in the Irish countryside with her son, Chris. As the two explore, it becomes clear that there’s something horrifying living in the woods nearby. Late one night, Chris briefly disappears, and after his reappearance, Sarah begins to suspect that her son is no longer… himself.

This “creepy house in the countryside” tale springs from old tales about child-stealing creatures called ‘changelings’. Through this mythology, the film confronts themes of domestic violence and the fear that one’s children will grow into a strange, frightening adult.

Production studio A24 has put itself on the horror movie map over the years with releases like Midsommar and The Lighthouse. Their signature slow-burn and jump-scare vibe is alive and well in this latest horror gem new to Showtime.

Fargo is a must-see film. A darkly hilarious tale of misunderstandings, money, and masculinity, this midwestern yarn is sure to warm you up after a long winter.

Car salesman Jerry Lundegaard (William H Macey) finds himself badly in need of a whole lot of money. He hires a couple of goons (Steve Buscemi & Peter Storemare) to kidnap his wife. After his wealthy father-in-law refuses to let him handle the ransom, the plan goes off the hinges.

Needless to say, nothing goes according to plan. A series of ineptitudes leaves behind a trail of bodies, requiring a very pregnant police chief and goddess of comedy wholesomeness Marge Gunderson (Francis McDormand) to investigate.

Fargo features some of cinema’s most memorable performances. One thing’s for certain, you’ll never look at a wood-chipper the same way again.

Showtime gives you access to all the movies and TV shows the premium cable channel has to offer. There are cheaper alternatives to gain access, but you need to subscribe to a secondary streaming service first. However, if you just want to watch Homeland, this is the quickest and the cheapest way to do so. Showtime hit shows are also available along with Ray Donovan, Shameless, and countless other great TV shows and movies.