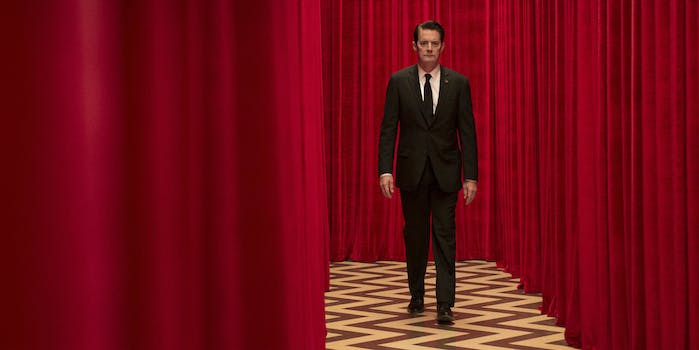 See how your favorite show stacks up.

Putting together of a list of recommendations for the best Showtime original series is tricky. The network’s programming has a reputation for starting off strong with audiences and critics before flaming out.

Take Dexter, for example. It quickly became the network’s most buzz-worthy show, but its widely mocked later seasons and finale make it hard to endorse. The same could be said for Homeland.

That said, here are our picks for Showtime’s most interesting, entertaining, and effective shows—and some recommended stopping points for you to get out while the shows are still on top.

With so many shows being resurrected in one form or another to mostly diminishing returns, it’s only right that David Lynch returns to Twin Peaks to push the boundaries of what television can be. Again. The Return is everything fans expected: fascinating, horrifying, slyly funny, frustrating, and singular.

Twin Peaks has the kind of versatility to be whatever it wants at any given moment, and that’s what makes it unmissable. Even at its low points, you’re still seeing things that you won’t forget. But at its best, The Return is as good as the form gets.

Michael C. Hall’s work as the serial-killer-killing serial killer Dexter is one of more indelible TV performances of the 2000s. The show is grisly (as you’d expect given the subject matter) and darkly funny. Dexter made a strong impression right off the bat, and produced several well-received seasons.

The show peaked with season 4 and the Trinity Killer (John Lithgow) arc, before a rapid descent. Dexter went out with a whimper, including its widely ridiculed finale, but the show’s highs are still worth the journey (maybe just stop at season 4 to be safe).

Horror shows really have a short life, unless they go the anthology route. But that’s a cheat. Longform horror is as tough a task as there is in television. Penny Dreadful found that alchemy and churned out three seasons of the good stuff before surprising fans with an out-of-nowhere series finale.

After the shock wore off, its was clear the creative powers that be made the right decision. Any show featuring Van Helsing, Victor Frankenstein, Dracula, and Dr. Jekyll is destined to burn bright and fast. Come for the gothic horror, stay for Eva Green’s devilishly good performance.

What Billions lacks in prestige it makes up for in terms of entertainment value. It’s a fun game of cat-and-mouse between Damian Lewis’ hedge fund banker and Paul Giamatti’s U.S. attorney.

Billions strikes the right tone of melodrama and intrigue to keep the story moving. Sometimes it’s the simple pleasures that make a show worth watching. For Billions, that is Giamatti’s intensity. When he takes things to 11, few actors are as amusing to watch in this Showtime TV show.

Pretty people betraying each other. It’s about as standard-issue as a drama premise gets. But The Affair makes the formula work to its advantage. The show explores an affair (obviously) and the way it affects the lives of the duplicitous couple (played by Dominic West and Ruth Wilson).

The cast also includes Joshua Jackson and Maura Tierney, so basically it’s full of elite TV actors doing what they do best. The characters are well-developed, and the drama is incisive.

Homeland is the best and worst of a Showtime show in one package. It debuted to acclaim from audiences and critics, but after the much-praised first season, the tide turned for everyone involved. The road grew bumpier and bumpier.

Even though Homeland hasn’t reached the highs of that first outing, it has settled into a comfy middle ground mix of melodrama and action. Still, that first season remains top-notch, with Carrie, Saul, and Brody at their most compelling in this Showtime TV show.

The most consistent thing about Showtime shows is acting, which tends to be strong even when the writing isn’t quite up to the actors’ efforts. In the case of Ray Donovan, though, Liev Schreiber has great material to work with even in this Showtime TV show.

Schreiber is great as Ray, a fixer who handles his clients’ problems while struggling with his own. It’s a tried-and-true setup, but Schreiber elevates the familiar into something more personal.

It’s kind of amazing that Californication ran for seven seasons and 84 episodes. There is a long history of lowbrow comedies hanging around forever, and when you add in pay cable’s penchant for nudity and language, you get Californication.

David Duchovny carried the show as Hank Moody, a writer sleeping his way through town. Californication was always more of a hit with fans than critics, proving that the show understood what it was and delivered the goods to a welcoming audience.

On October 19, 1987, the stock market experienced the worst crash in history. This Showtime TV show, mostly hilarious, story of what happened leading up to it. Following the Jammer Group, a band of misfit traders led by Maurice Monroe (Don Cheadle), this is a side-splitting period comedy with charm to spare.

If you loved The Wolf of Wall Street, check out Black Monday for an extra helping of joyfully entertaining stock market scumbaggery. – John-Michael Bond

Before heading to Showtime, Desus and Mero built a massive world wild following with their wildly popular Bodega Boys podcast and VICELAND TV show. Relying on the same bawdy shit-talking with a comedic commentary that made them famous, Desus & Mero will be instantly familiar to old fans.

What will draw in new viewers is their incredible interviews and irresistible charisma. Just watch them ask Sen. Bernie Sanders (I-Vt.) to guess the price of designer sneakers and try not to fall in love with this duo of scoundrels. – JMB

Jim Carrey’s first foray into television since In Living Color is a darkly tragic change of pace for the comedic hero. Carrey stars as Jeff Piccirillo, a beloved long running children’s TV host, whose cheerful life begins to fall apart after a personal tragedy. Exploring grief through the lens of children’s television host trying to keep a multi-million-dollar empire from collapsing, Kidding is a true oddball.

What might surprise you however is just how well it pulls of this seemingly impossible task. Yes, it’s sad at times, but the blend of puppetry, celebrity nonsense, and human emotion makes for a unique experience. Just don’t go in expecting Carrey to talk out his butt. – JMB

In a post-Donald Trump America, Sasha Baron Cohen’s political satire hits a little differently than it did upon its original airing. What was once a shock of horror now becomes a time of reflection, albeit one stuffed to the gills with dick jokes. Debuting his first new characters in 15 years, Baron Cohen shows time hasn’t soften his edges.

The most remarkable aspect of these pranks/interviews is how little coaxing his subjects need to reveal their inner darkness. People are all too gleeful to share the racism, sexism, and hate that lives inside their souls. What’s truly remarkable is just how funny this look into the heart of darkness is. MAGA fans beware, you get teased in one of the funniest Showtime TV shows – JMB

For a brief two-season run, Ira Glass and his team produced episodes of their iconic radio show for television. The burden of Showtime TV shows production ultimately proved to be too much, but the episodes produced feature all the hallmarks of This American Life: thoroughly researched and off-the-map stories told with a humanist touch. If you’re a fan of the radio show/podcast, these episodes are essential. If you’ve never tried This American Life, this is a good way to give it a shot.

In the world of magic Penn and Teller are more than just magicians; they’re skeptics who protect the world from bullshit. In their minds tricking someone is all good fun, but giving someone false hope is unforgivable. Over the course of 8 seasons of Bullshit! the duo takes to task charlatans outside the world of magic in one of the most memorable Showtime TV shows.

From abstinence to cryptozoology to bottled water, each episode takes a look behind the curtain of an industry that isn’t exactly truthful. Written with a comic’s heart and a libertarian’s brain, P&T: Bullshit! won’t be everyone’s cup of tea. Particularly if they’re attacking your beliefs that episode. But it’s always funny and fair, something not every show of its ilk can claim. – JMB

Living through two decades of America’s epidemic of mass shootings might give you the impression you understand the problem. Yet there’s only so much you can learn through news coverage, particularly in the moment. Thats where Active Shooter: America Under Fire’s power lays, shining a light on the untold stories behind the tragedies.

Each episode picks a shooting — Columbine, Oak Creek, Santa Monica, and more — for an hour long examination. Hear the stories of the victims and killers alike, free of exploitation and with an eye for what happened. This somber series isn’t an easy watch, but its essential for viewers seeking answers to the unthinkable. It’s one of the best Showtime TV shows.– JMB