FuboTV channels offer the best in sports and entertainment

If you love sports, you need to check out FuboTV.

Cord-cutting has many benefits, but cable is still king when it comes to sports. Sure, there are ways to watch ESPN without cable, but those usually come with limited other sports options. FuboTV Channel suites are built with sports fans in mind. The cost of FuboTV and the availability of Fubo local channels are another great selling point.

At the moment, Sling TV is a solid destination for sports, emulating much of the cable TV experience for a fraction of the cost, and Hulu with Live TV offers a dozen sports options. But if you love soccer and football, or you’re looking for a way to watch the World Cup online, FuboTV deserves your attention.

FuboTV is a streaming cable replacement service much like Sling TV. You pay a flat rate for streaming access to a set of TV channels, commercials and all. While Sling TV tries to recreate the standard American cable package, FuboTV is decidedly focused on sports, specifically soccer. In addition to its extensive sports options, FuboTV offers a range of popular non-sports related channels.

Users watch can watch via mobile or web apps and navigate through familiar grid style menus to explore FuboTV’s channel offerings. There are also plenty of Fubo local channel offerings as well. If you’ve ever channel surfed on cable, you’ll instantly be familiar with FuboTV.

How much does FuboTV cost?

FuboTV has four tiers of pricing, plus additional channel packages that can be added for an extra fee, not unlike Sling TV. After a recent price hike, FubuTV’s standard package costs $54.99 a month, and a seven-day free trial. This package includes 85-plus channels, along with local channels in supported areas. You can find a list of areas where local channels are supported here.

Add-on packages are also available, including a $10.99-a-month Sports Plus package plus NFL Red Zone that adds 15 channels, a reduced-cost Portuguese Plus for $14.99, Fubo Latino for $7.99 a month, and more. The FuboTV cost for these packages is competitive, to say the least.

FuboTV has recently added a new level called Fubo Extra. For $5.99 a month, you get an additional 20 channels, including BBC World News, Cooking Channel, DIY Network, and Telemundo.

Fubo only has one movie channel, Showtime, available. For $10.99 per month, subscribers get access to all nine of Showtime’s different channels and on-demand access to its streaming library of movies, documentaries, and original series.

While this a la carte method may seem strange at first, it’s important to note that FuboTV offers a range of programming no other streaming service offers. If you’re a fan of international sports, FuboTV truly can’t be beaten. You can find a complete listing of channels and add-ons for the service on the FuboTV website.

Over 20 of FuboTV’s standard channels focus on sports, though you won’t find ESPN among the offerings. That’s a big bite of missing content for fans of football and basketball, not to mention ESPN’s commentary, but at least you still get the NFL Network.

As we’ve previously mentioned, FuboTV sets itself apart from the competition by focusing on sports, but there are compromises to be made. FuboTV is the go-to choice for soccer fans, who will appreciate options like BeIN Sports, Football Report TV, Fox Soccer Plus and Pac-12.

FuboTV’s more traditional channels are a hodgepodge of hits and odd exceptions. These include Bravo, FX/FXX/FXM, Nat Geo, USA, SyFy, Bravo and History.

FuboTV also includes other major cable options. If you love a favorite show, you’re not going to miss much, unless it’s on a Viacom channel. Viacom properties like MTV, Comedy Central, and VH1 aren’t included. Tragic, I know. You’ll have to find another source for South Park and Love & Hip Hop. When it comes to cable news, your options are also narrow. Moderate voices like CNN aren’t included. It simply leaves you with just MSNBC, CNBC, FOX News and FOX Business.

Fubo Latino and Fubo Portugues are more expensive than Premier, especially when you consider one comes with 70-plus channels and the others come with 13 and five channels, respectively. The difference is these two packages offer channels that aren’t easy to find on internet streaming options. Here are the packages available along with the FuboTV cost.

Here are the channels available on Fubo Latino.

Here are the channels available on Fubo Latino.

In addition to basic streaming services, all FuboTV subscribers get access to a number of special features. 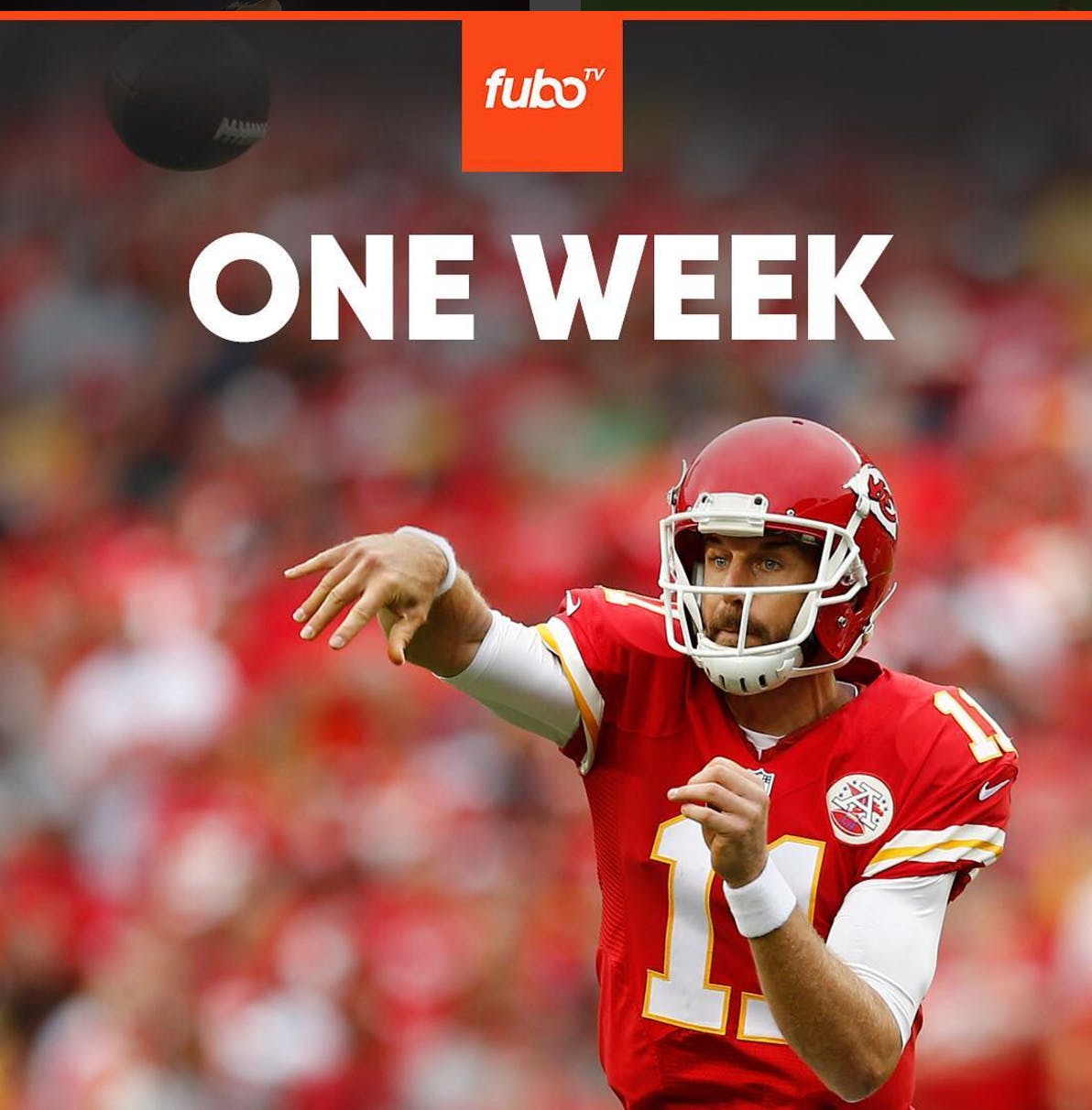 Every FuboTV subscriber gets access to 30 hours of free cloud DVR recording space. You can watch on any of your FuboTV devices. You can record any show, even ones that have already started when you set them to record. Additional packages can be purchased upping your space to 500 hours of saved content.

One of FuboTVs biggest features is Lookback. In addition to typical on-demand options like shows and movies, Lookback allows subscribers to watch anything that has aired on the service in the past 72 hours. That includes sporting events, a massive added value for anyone who has a favorite team but works weird hours. The one catch is you can’t use fast forward or rewind while watching Lookback content. Sorry, you have to look at the ads.

Finally, there is a solution if you find you dislike FuboTVs native app. Your account information can be used to log into many different networks apps. Bravo Now, FX, MSNBC, Syfy, Univision, and VICELAND are just a few of the networks with apps that allow for FuboTV logins. That’s a nice workaround for users who like to watch programming on their gaming consoles, though the lack of a FuboTV app for Xbox or PlayStation is still a sore point. You can see a complete list of supported apps right here.

Is FuboTV worth it?

I tested FuboTV on Roku, iOS, and the system’s web player. Each device was tested on a 100/mb connection. All three apps have been dramatically improved since I first used the service. If you’ve used FuboTV before but disliked the interface, I recommend giving it another shot as things have improved considerably. Streaming is quicker and your picture quality is more consistent, whether you’re watching the news or a UEFA Europa League soccer match.

The updated apps make finding the content you’re looking for easier than ever. In our original review of the service, I recommended watching on iOS and casting to your TV. Now the FuboTV apps are worthy of their own use.

On both the older and newer devices FuboTV ran like a dream. There were two instances when watching on the TCL TV where the video and audio got out of sync. However, in each case the issue only arrived after several hours of streaming. In each case, reloading the channel fixed the issue. This problem did not pop up at all on the 2017 Roku Streaming Stick+.

So, is FuboTV worth it? It really depends on how much you watch sports. If you’re a soccer or football fan, there’s no better option on the market right now. But for everything else, it’s hard to compete with the flexibility of SlingTV and competitors like AT&T TV Now. Also consider both FuboTV cost and whether Fubo local channels are important to you.

There is a very specific audience for FuboTV, but with each passing improvement, that audience is getting bigger. I can’t overstate how much better the FuboTV app has gotten in the past year. It honestly makes me excited to see where they go next.