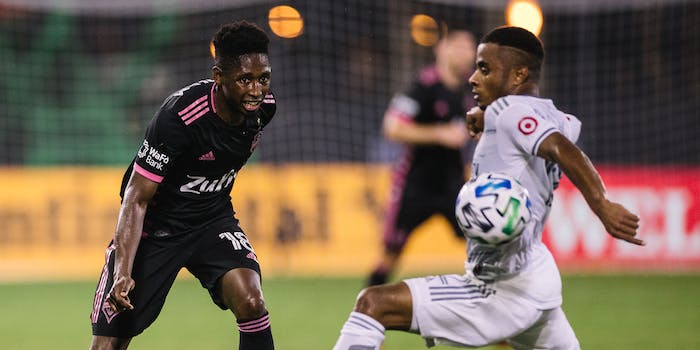 MLS is back, and you can catch it on ESPN Plus all season.

Curious about what’s new on ESPN Plus? The streaming service has become more and more essential for sports fans. In addition to being the exclusive site for a number of sports leagues and competitions, it also serves up incredible documentaries and houses archives from throughout the ESPN library.

For Hulu subscribers, it’s even easier to get ESPN+ now. You can navigate to ESPN+ live sporting events and documentaries directly on the platform. By this summer, Hulu subscribers will also be able to purchase and watch ESPN+ pay-per-view events via ESPN+ on Hulu — including exclusive UFC PPV events.

The 140th FA Cup Final features a Chelsea team who also finds itself in the Champions League final, and a Leicester City team who has been one of the best teams in the Premier League this season. They’ll battle in the last match of the celebrated competition that involves teams from up and down the English soccer pyramid.

One of Europe’s best soccer leagues, Italy’s Serie A, is heading into its final weeks of the season, and ESPN+ is the home for the competitions. While it looks like Inter Milan’s going to win the league title this season, there are some epic battles streaming in the final weeks.

On May 9, AC Milan, featuring Zlatan Ibrahimovic, faces Juventus, which is known globally for Cristiano Ronaldo, but special to Americans for what Weston McKennie’s doing there. On May 15, Juventus will take on the league leaders. May 23 marks the final day of the season, and there could be Champions League berths on the line.

On May 15, UFC 262 will bring an action-packed five different fights to the main card, headlined by a lightweight bout between Charles Oliveira and Michael Chandler, from the Toyota Center in Houston.

The card also includes another lightweight battle between Tony Ferguson and Beneil Dariush. There’s also a middleweight contest between Jack Hermansson vs. Edmen Shahbazyan. A women’s flyweight battle (Katlyn Chookagian vs. Viviane Araújo) and a featherweight match betewen Shane Burgos and Edson Barboza rounds it out.

Want to find out how to stream ESPN+? Take a look at our guide.