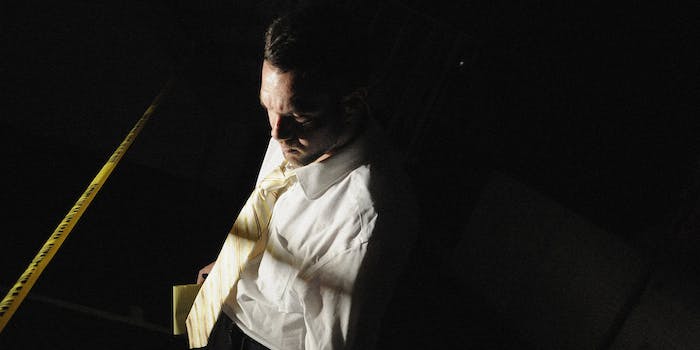 In the midst of the Serial backlash, Hae's brother speaks out on the show that's broadcast his family's story to millions.

The man whose sister’s murder became the subject of Serial is now speaking out against the podcast that brought her story to millions of listeners every week.

Over the course of a season, journalist Sarah Koenig is telling the story of Hae Min Lee, who was murdered in Baltimore in 1999, and her ex-boyfriend, Adnan Syed, who was convicted of her murder and retains his innocence 15 years later. Koenig’s trying to get to the bottom of the case, which is wraught with inconsistencies.

In the two months since its premiere, Serial has risen to the top of the iTunes podcast charts, sparked entire podcast discussing the podcast, and inspired an active subreddit of sleuths trying to see past everything Koenig and the people she talks to (and to post a huge amount of conspiracy theories).

But Serial is not mere entertainment. It’s relaying true-life events, and the backlash from relatives and the people who knew Hae and Adnan is coming against Koenig and her production crew.

Reddit user brotherofhae, who claimes to be Hae’s little brother, took to r/serialpodcast (the main hub for discussion and theories about the case on Reddit) revealed his shock at finding out how popular Serial was and said that Koenig tried to contact him for an interview for the podcast prior to its airing.

TO ME ITS REAL LIFE. To you listeners, its another murder mystery, crime drama, another episode of CSI. You weren’t there to see your mom crying every night, having a heart att[a]ck when she got the new[s] that the body was found, and going to court almost everyday for a year seeing your mom weeping, crying and fainting. You don’t know what we went through. Especially to those who are demanding our family respon[d] and having a meetup… you guys are disgusting. Shame on you. I pray that you don’t have to go through what we went through and have your story blasted to 5mil listeners.

While brotherofhae is disheartened that his sister’s murder is the subject of a popular podcast, he called Koenig an “awesome narrator / writer / investigator.” So far, only he and a cousin—the one Hae was supposed to pick up the day she disappeared—know about the podcast. His mother is being kept in the dark, he says.

Redditors speculated as to whether brotherofhae was actually Hae’s brother, but his identity was later verified with the r/serialpodcast moderators. He posted emails from Koenig and Dana Chivvis, who also works with Koenig, as proof, but they were later taken down because they revealed personal information.

Versions of the email (with personal information redacted) were shared across social media.

Sarah Koenig’s email to Hae’s little brother is a nice little lesson in how to politely approach a subject – @Reddit pic.twitter.com/Qs9xxzjU6b

The message from Hae’s brother helped shine a light on just how real the story Serial covers is. But he brought out the humanity in Serial fans, too.

“I am a Serial fan, SK fan and generally of all things related to This American Life, but please know this: never for one second have I forgotten this story is real,” ricci456 wrote. “I have shed tears over the death of a young girl I never knew. I have cried as only a parent can when faced with the death of a child. I am sincerely sorry for your loss, and I think if you can take anything remotely positive from this whole podcast: know that so many of us grieve for you and with you.”