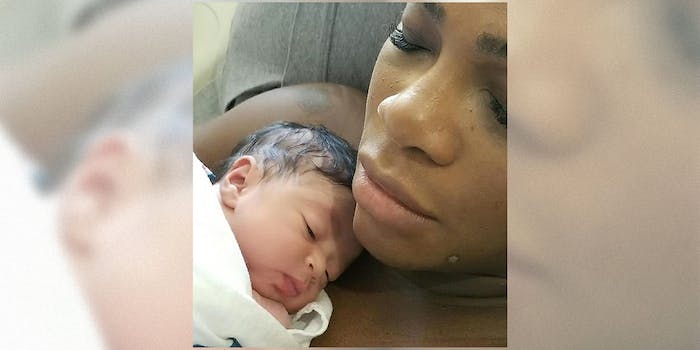 Her name will sound familiar.

The baby, named after father Alexis Ohanian, co-founder of Reddit, was born on Sept. 1. In a clip included in a video Ohanian posted to YouTube, Williams says there were “a lot of complications” and they were required to stay at the hospital for six to seven days.

In another announcement, Williams boasted that Alexis Jr. already has one Grand Slam title, referring to when she won the Australian Open while eight weeks pregnant.