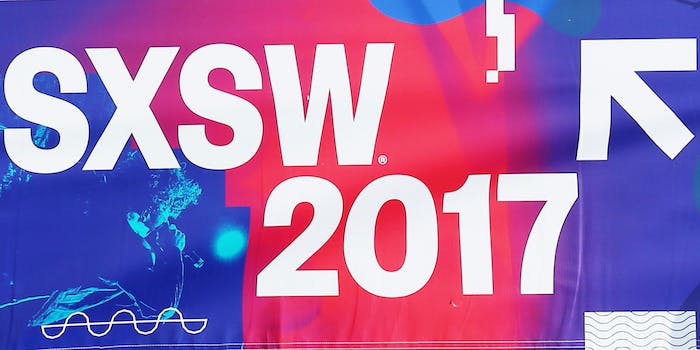 Organizers pledge to continue fighting for 'the rights of all.'

Two Democratic senators are urging SXSW to move out of Texas until a divisive new law is repealed.

The immigration bill was signed into law on May 7 by Gov. Greg Abbott and aims to make cities and counties comply with federal law enforcement regarding immigration status. The letter cites Swenson’s response to Trump’s immigration ban in March, which came after a musician pointed out some troubling language about potential deportation in a performer contract. Masto and Menendez say the law is “diametrically opposed to the spirit of SXSW.” Though Texas senators oppose the bill, which goes into effect in September, they did not join in Masto and Menendez’s letter.

Abbott recently made his feelings about SXSW’s hometown known, allegedly telling a crowd at a Bell County Republican Party event: “As I was coming up here from Austin, Texas, tonight, I got to tell you, it’s great to be out of the People’s Republic of Austin. Once you cross the Travis County line, it starts smelling different. And you know what that fragrance is? Freedom. It’s the smell of freedom that does not exist in Austin, Texas.”

But the festival is holding fast to its roots, as one does not simply move SXSW. Swenson issued a statement citing Austin as “an integral part of who we are. We will stay here and continue to make our event inclusive while fighting for the rights of all.”

Update 4:20pm CT, June 7: SXSW elaborated on its decision to stay in Austin amid pressure from elected officials, in a statement emailed to the Daily Dot:

We stand by the City of Austin in their challenge against SB4 and will continue to speak out against it, and all discriminatory legislation. We agree with the Senators that the law stands diametrically opposed to the spirit of SXSW and respect their call to action. We understand why, in today’s political climate, people are asking us to leave Texas. For us, this is not a solution. Austin is our home and an integral part of who we are. We will stay here and continue to make our event inclusive while fighting for the rights of all.