Why was Sean Spicer so mad at Daft Punk?

He likes the early stuff.

Old tweets reveal Spicer had some opinions about the 2014 Grammys, specifically Daft Punk’s performance. Though he admits he is an “early and still fan,” he did have a bit of advice on how musicians—specifically the electronic duo—must evolve. 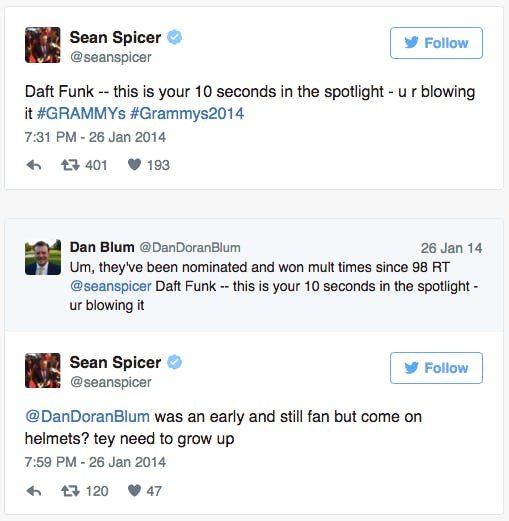 Why does Spicer hate the future so much? Hmm…