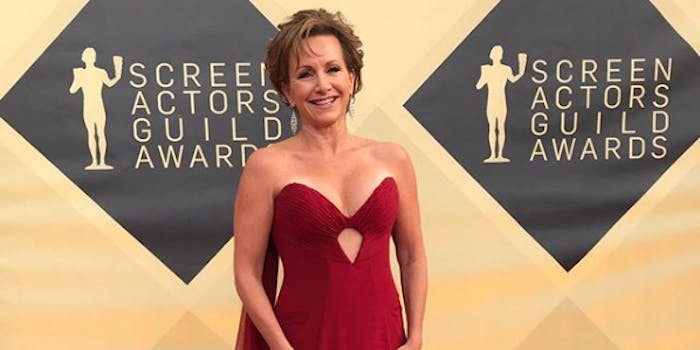 SAG cracks down on creepy, 1-on-1 auditions in hotel rooms

In a statement Thursday, SAG-AFTRA, Hollywood’s largest labor union, announced that it had updated its code of conduct to prohibit auditions and interviews from being held in private hotel rooms or residences.

The decision comes in the wake of a string of sexual misconduct reports against studio head Harvey Weinstein, who for decades used his pull as an executive to invite young actors into isolated scenarios with him.

“We are committed to addressing the scenario that has allowed predators to exploit performers behind closed doors under the guise of a professional meeting,” union president Gabrielle Carteris wrote in the statement. (You may know her as Andrea from Beverly Hills 90210.)

In the rare event that there isn’t a reasonable alternative to having the meeting in a SAG-approved location, the new guideline establishes the concept of a “Support Peer”—another neutral party who is required to accompany the member during the meeting. In other words: Having a private, one-on-one meeting with someone in a hotel room is now grounds to be booted from the Screen Actors Guild and lose all of your union perks.

"We are committed to addressing the scenario that has allowed predators to exploit performers behind closed doors under the guise of a professional meeting,” said #SAGAFTRA President @TheGabrielle_C . Click the link: https://t.co/cb8z4obM07 pic.twitter.com/7zZw0HdQLm

The union says the mandate is part of its long-term “Four Pillars of Change” initiative to address harassment and workplace equity in the industry.