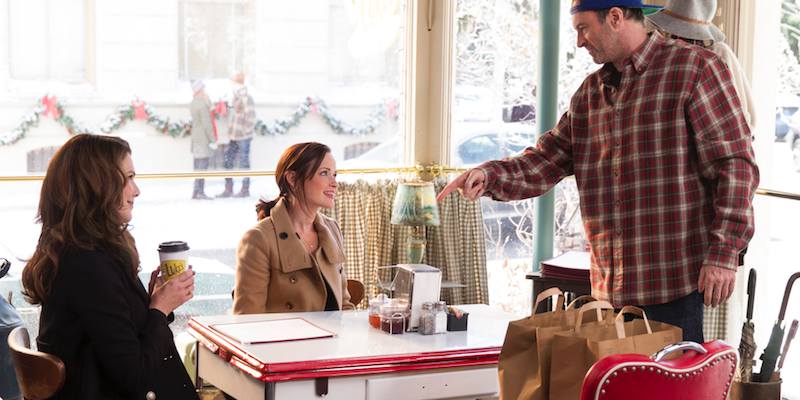 Get ready for a coffee morning. And afternoon. And evening.

Fans of Gilmore Girls know that coffee—drinking it, needing it, thinking about it—is part of the show’s foundation. Now one character is going to start selling it.

Scott Patterson, who plays coffee shop owner Luke on the series, revealed in a recent interview that he’s debuting his own line of coffee:

He’ll be launching it under his own name, not as a Gilmore Girls tie-in, but Netflix did a bit of foreshadowing last fall when coffee shops across the country were turned into Luke’s Diner for a day, as promo for Gilmore Girls: A Year in the Life.

Regarding his return to the Netflix series, Patterson didn’t make any promises: “I’m not waiting around for that. You know, who the hell knows?”

Only coffee is certain.