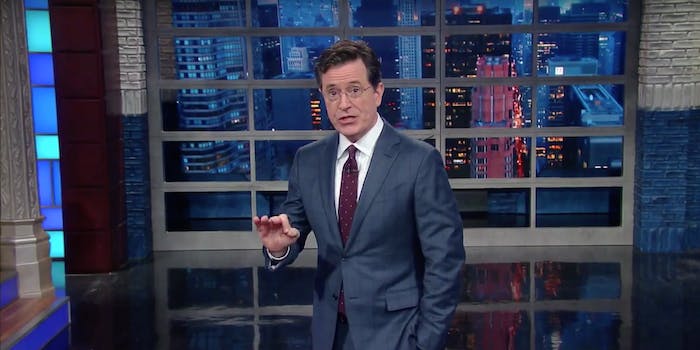 NASA astronaut Scott Kelly has a lot to catch up on now that he’s back on Earth after spending 340 days in space, and Stephen Colbert is happy to help.

Kelly is likely aware of the many major national and international news stories that transpired while he was on the International Space Station, so Colbert naturally sticks to the finer stories that Kelly might’ve missed along the way. After all, somebody has to catch him up on the year’s biggest celebrity gossip and memes.

But there are some things about which Colbert believes Kelly should just remain ignorant. The less said about the 2016 presidential race, for one thing, the better.