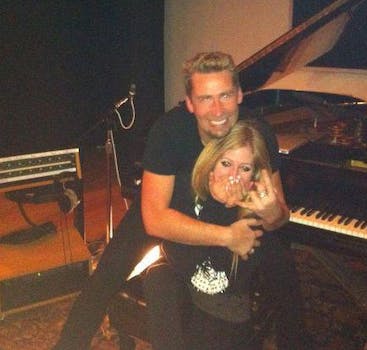 Only in the hands of Motown cover artist Scott Bradlee do Avril Lavigne and Nickelback make sweet music.

The big news in Canada: Nickelback’s Chad Kroeger is getting married… to Avril “Why you gotta go and make things so complicated?” Lavigne.

And while the news doesn’t have much to do with the Internet at all—aside from the fact that much of the Internet has gone to great lengths to expel these two alt-post-grunge-pop rockers from its archival and collective memories—there’s somewhat of a six-degrees-of-separation thing going on that leads us to believe that there’s a man in New York City who has at least something to do with this holy union.

As we’ve mentioned before, Queens local Scott Bradlee has risen to moderate YouTube fame by transposing the worst in pop music into the best in Motown covers.

In November, the composer/arranger’s “Motown Tribute to Nickelback” went gangbusters to the tune of 250,000 views.

In February, Bradlee’s take on Lavigne’s unstoppable “Sk8er Boi” got funky enough to garner another 25,000 views.

The Los Angeles Times reports that the two lovebirds started canoodling some time around December or January—a period of time that perfectly splits the difference between Bradlee’s Nickelback and Lavigne tributes.

Look, we’re just saying, but these Bradlee jams are very good. In fact, they’re light years ahead of the original tracks.

Is that enough to say that Scott Bradlee is responsible for this most unholy union between these two songwriting beasts of the Great North? No, but you can bet that Bradlee’s eyeing a Mr. and Mrs. duet.