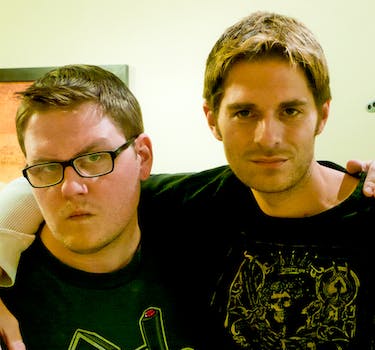 Scientific Tuesdays shows how fun and cool science can be.

A pair of long metal tweezers carefully places a red gummy Mario in a test tube to the strains of epic rock music… and poof!  The candy explodes into flame and smoke.

You’re watching an episode of “Scientific Tuesdays,” the show hosted by cherubic Dylan Hart, that tackles such topics as candy nukes and invisibility and is filled with self-deprecating humor, references to nerdy pop culture and of course, a lot of fun in the name of science.

In other words, it’s a hit.

Airing every Tuesday on the YouTube channel Household Hacker, and also on the Internet television broadcasting network Revision3 since October, Scientific Tuesdays aims to make science accessible, and enjoyable, for the masses.

Judging by the numbers it’s working.

An average episode of Scientific Tuesdays gets the same amount of viewership as a cable TV Law & Order repeat or anything on Adult Swim, but is done with less than half the budget.

“I used to love Mr. Wizard when I was younger, along with a book called “The Mad Scientists Club,” said Jim Louderback, CEO of Revision3. “Household Hacker is updating that zany experimental brand of science to a brand new generation.”

“It’s probably the best way that we’re going to make science cool – and I am excited that they are inspiring the next great scientists to explore, create and discover.”

But it isn’t just for kids, adds Justin Matthew, business manager of Household Hacker — and the brother of Science Tuesdays star Dylan Hart. It caters to a general audience — from 12 to 60 —  and is regularly featured in classrooms.

“We get e-mails from teachers all the time,” Matthew said.  “We love bringing science to kids in a fun and interesting way.”

Like any successful YouTube channel, Household Hacker also get its fair share of hate, which may have begun when the sponsorships began, Matthew said.  But “it’s all part of the game and you can’t spend time on it.”

It’s taken Household Hacker four years to get to where it is now — with a million subscribers and more than 140 million views from its international audience.

The channel enjoys the 33rd most subscribed to slot on YouTube — no small accomplishment considering YouTube has tens of millions of channels. And it’s held a similar position for years.

While some people think of YouTube as just for kids, past sponsors included corporate heavy hitters GE, Netflix and Carbonite.

Matthew joined the channel about six months ago to “keep the show fresh” and he added, his goal is “to keep everyone from growing complacent” and “burning out.” Matthew has personally seen YouTube channels “fall by the wayside” because they couldn’t stay fresh.

The channel pulls in six figures annually — “or else it wouldn’t be worth it,” Matthew said, although he wouldn’t disclose the exact amount. (YouTube Partners are prohibited from sharing this information.)

Running a channel can be pretty costly. While some YouTubers get away with one good camera, this show is more complex. Matthew says the channel spends about $10,000 annually on camera equipment, alone.

Materials for the individual episodes aren’t quite so costly. For instance, Scientific Tuesdays features common materials from places like Home Depot, so “people can do (experiments) at home,” he says. They range from $10 to $300 a show. Some materials, though, have to be ordered from a specialty shop, like Gallium, an element that doesn’t occur in nature.

Each Scientific Tuesdays episode, which averages five minutes, takes 20 to 30 hours to produce. The bulk of that is spent on research.

“Dylan’s always been into science since I can remember,” Matthew said. “That’s why he loves to do it.”

Along with dealing with the business and social end of Household Hacker, Matthew assists in writing, directing, researching and occasionally acting– usually in the pranking episodes where he is the unsuspecting victim.

Matthew said on average he sleeps only four hours a day, though he said he’s “grown acclimated to it” since joining the Household Hacker crew.

But like many successful business people, Matthew tries to find balance. For instance, he plays tennis every day for at least hour.

“You have to have some physical venting or you’d mentally implode.”