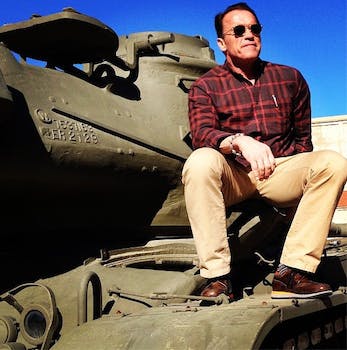 Watch Arnold Schwarzenegger crush a car with a tank

Twitter and Instagram users captured the ex-Governator's tank rampage during a promo event for his next movie.

Arnold Schwarzenegger still knows how to wow a crowd.

While apparently doing press for his new movie The Last Stand Friday, the 65-year-old action star drove film critics around in a real-live tank.

The former Governator, a tank driver in his Austrian army days, still evidently knows how to navigate the metal behemoth, as he was able to terminate a car. 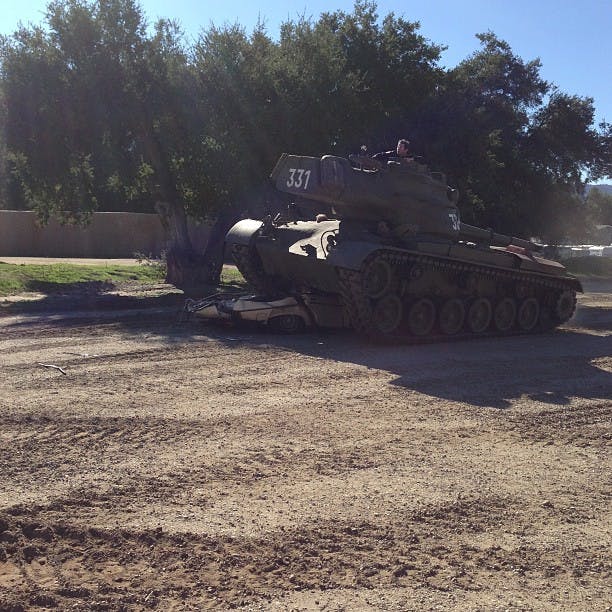 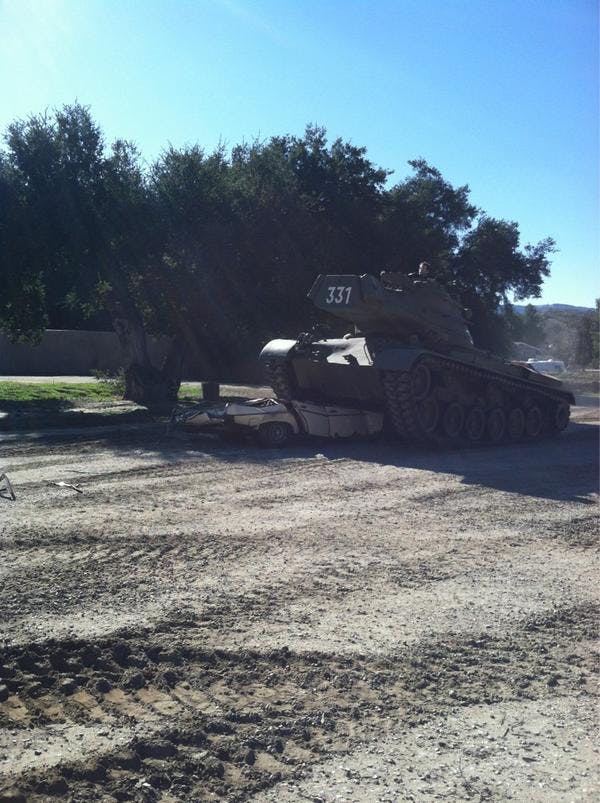 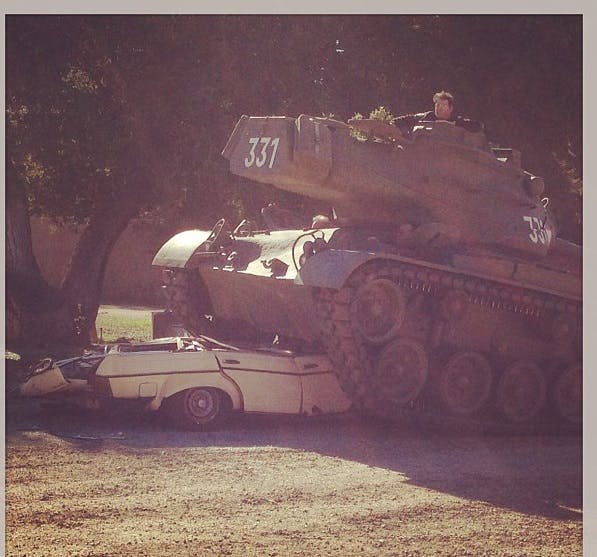 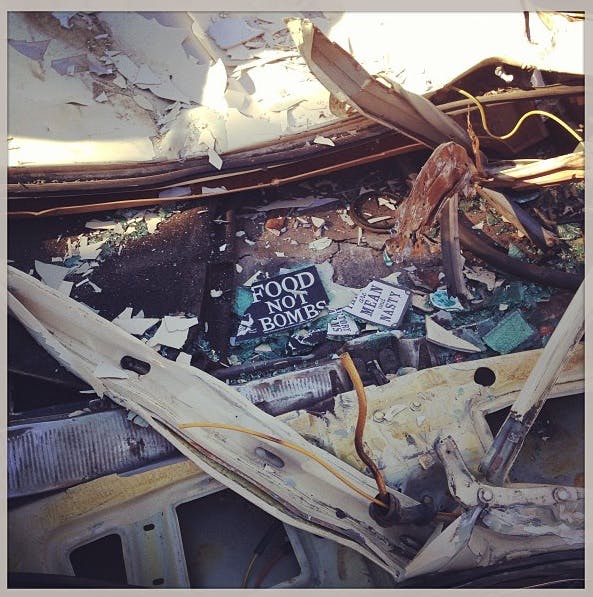 Here’s the view from inside the tank as Arnie drove it. 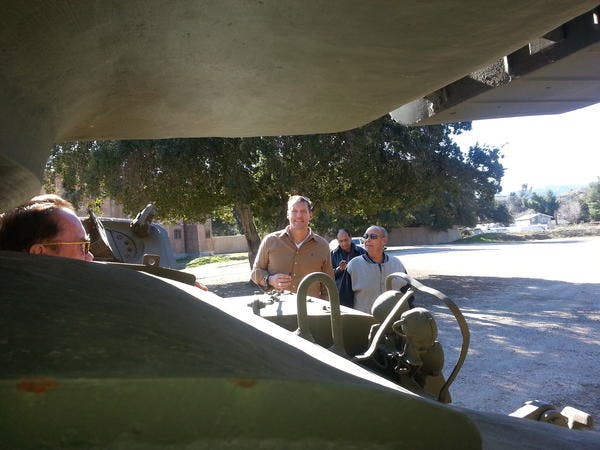 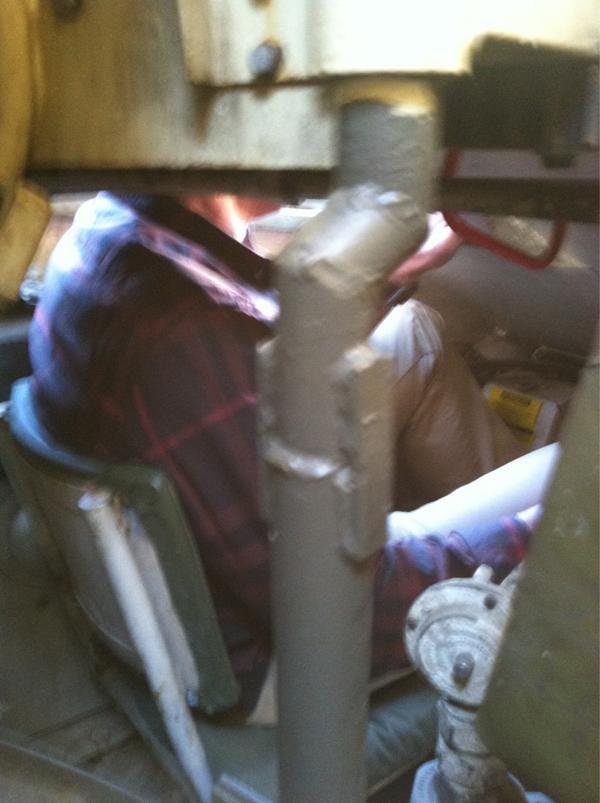 And here’s how he looked while piloting it. 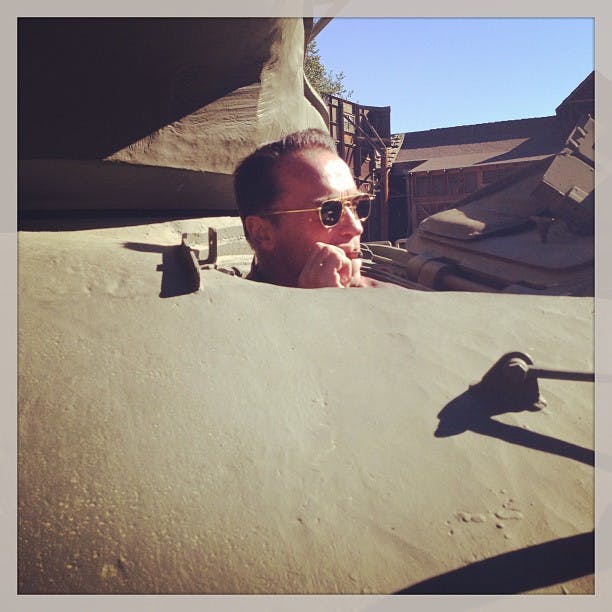