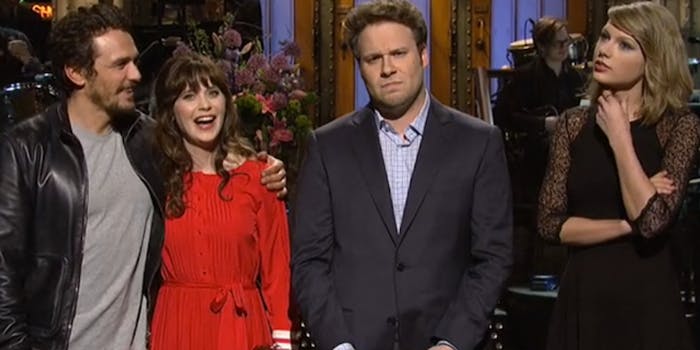 Last night, Seth Rogen hosted Saturday Night Live for the third time, and his opening monologue was pretty Rogen-y. He read from a “journal” he kept during the week, and after the requisite weed jokes, he mentioned he decided to prank James Franco by posing as an underage girl on Instagram.

The girl he’s referring to is 17-year-old Lucy Clode, whom Franco apparently messaged on Instagram in early April. This quickly turned into an Internet scandal, and in the wake of the screengrab controversy, many wondered if this exchange was promotion for his new film, or a viral hoax. Franco eventually confessed it wasn’t a hoax, and that he was embarrassed by his actions, while websites collected Clode’s “best” Instagram photos and the Internet commented on her body. Franco and Rogen get to yuk it up for laughs on national TV, but is Clode getting to laugh about it?