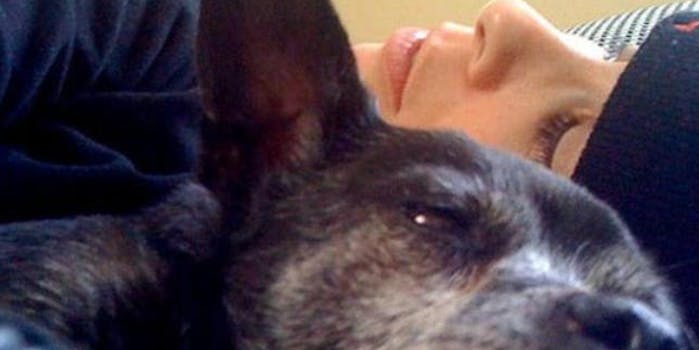 Sarah Silverman’s obituary for her dog is devastating

Last night, comedian Sarah Silverman posted some sad news to Twitter: Her longtime canine companion, Duck “Doug” Silverman, had passed away, after 14 years together. Duck appeared in several episodes of The Sarah Silverman Program and even had his own unofficial Facebook page. He was, like many fur-children, her other half. The beautiful obituary she penned will make you feel feels you didn’t know existed:

“He was a happy dog, though serene. And stoic. And he loved love. Over the past few years he became blind, deaf, and arthritic. But with a great vet, good meds, and a first rate seeing-eye person named me, he truly seemed comfortable.

“Recently, however, he stopped eating or drinking. He was skin and bones and so weak. I couldn’t figure out this hunger strike. Duck had never been political before. And then, over the weekend, I knew. It was time to let him go.”

Scrolling through photos on her WhoSay account, it seems Silverman had been documenting Duck’s slow decline. The final part of her obituary is devastating:

My only experience of maternal love.